“The threatened bans on TikTok and WeChat, whatever their motivations, can also be seen as an overdue response, a tit for tat, in a long battle for the soul of the internet.” 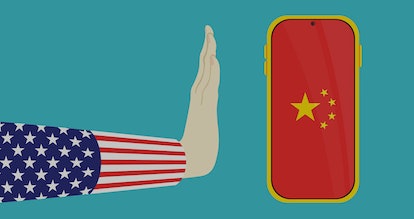 In a thoughtful New York Times opinion piece, Tim Wu agrees with Donald Trump’s ban on TikTok and WeChat. The Columbia University law professor and staunch supporter of a free, open internet doesn’t think Trump is the person for the job, necessarily, but does think China has operated without consequences for too long.

China unchecked — Trump’s obsession with TikTok is the culmination of his administration’s anti-Chinese policies, from a tense trade war to banning Huawei and leaving rural communities expecting Chinese 5G technology hanging. Despite rushes to ban the use of TikTok at corporate and governmental organizations, there is no verified evidence of data privacy malfeasance and any allegations are accompanied by rampant xenophobia.

Checks and imbalances — Wu’s argument instead focuses on what we have actually observed from Chinese companies: a storied history of engaging in the free market while cutting foreign products off from its citizens. WhatsApp and YouTube are banned in China, but companies like Bytedance and Tencent flourish in other countries.

“The asymmetry is unfair and ought no longer be tolerated,” Wu writes. “The privilege of full internet access — the open internet — should be extended only to companies from countries that respect that openness themselves.”

He goes on to discuss how China has managed to warp the internet to meet its own ends. While the world has waited and hoped the open internet would help push the country towards democracy, China has instead found great success in blocking foreign products and ideas, censoring dissent within the nation, and built a near bulletproof propaganda machine.

Not playing by the rules — Even though China’s net nationalism stance is rubbing off on countries like India, that influence has backfired as distrust around data privacy has led to significant bans of Chinese products. The idealism of an open internet only really works if everyone plays by the rules, and China has been stacking the deck.

“Some think that it is a tragic mistake for the United States to violate the principles of internet openness that were pioneered in this country,” Wu continues. “But there is also such a thing as being a sucker. If China refuses to follow the rules of the open internet, why continue to give it access to internet markets around the world?”