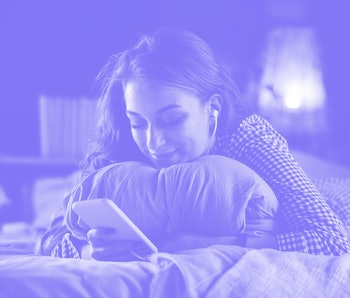 As much of the world counts its losses with 2021 drawing to a close, TikTok is riding a seemingly unstoppable high. The viral video app finished the year with the most cumulative internet traffic of any domain in the world — more so even than Google, which typically holds the number-one spot.

TikTok’s meteoric rise in 2021 has never been quite so easy to confirm. Last year the TikTok.com domain only managed to hit the 7th spot in the world; this year it managed to surpass Facebook, Microsoft, Apple, Netflix, and Amazon for the top ranking.

Cloudflare’s Year In Review charts TikTok’s success story. Earlier this year, the TikTok.com domain only held the top spot for a day. By August, the domain managed to hold the most days at number-one for every month through the rest of the year.

Even Black Friday and Thanksgiving couldn’t hold Google above the TikTok tide. And the app shows no signs of slowing down as we enter 2022.

TikTok tops — Though the hard data certainly doesn’t hurt, we didn’t even really need it to understand just how big TikTok’s gotten this year. Big enough to launch a food delivery service; big enough to send Meta spiraling; big enough to have literally a billion people scrolling through their feeds every month.

The massive jump in domain domination could be partially attributed to higher levels of skepticism about TikTok’s privacy throughout 2020. Then-president Trump continued to push for TikTok to be considered a national security threat all the way through to the final days of his tenure.

Facebook — which came in third place overall this year — saw some decline year-over-year in general. Wonder why that might be. October’s widespread outage also pushed Facebook’s ranking down a bit.

The internet’s ever-changing hive mind — Cloudflare’s year-in-review is made exponentially more interesting by its investigation into day-to-day trends. It’s easy to categorize what’s popular during a year on average; quantifying how that popularity waxed and waned on a smaller level takes more minute insight.

The internet’s tendency toward quick shifts in general activity is perhaps most obvious when looking at entertainment domains in particular. Netflix, for example, sees very obvious spikes in activity during holidays.

Signal’s domain activity further proves how indecisive the internet can be. WhatsApp saw much more traffic for the year overall, as you might expect, but Signal saw huge boosts when WhatsApp messed up in the public eye. WeChat saw a spike around the same time, and that momentum has carried through to the end of the year.

The internet is more important to us than ever before, given the (still) ongoing pandemic. That reliance can be good or bad, depending upon the person and the day. If anything’s clear from this data, though, it’s that the Big Tech wars have only just begun.