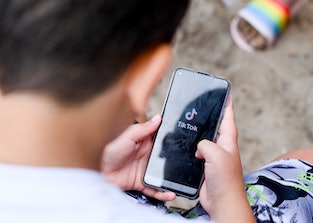 The quantum of the settlement.

TikTok has agreed to pay a whopping $92 million in a class-action lawsuit over alleged privacy breaches in the United States. In total, 21 federal privacy lawsuits were brought against the short video platform, which this settlement puts to bed.

The company that owns TikTok, ByteDance, which is headquartered in China, has sparked a series of heated debates over the fact that its userbase includes tens of millions of Americans. Some security experts claim that gives it access to sensitive information and presents a threat to national security. Others argue there's nothing to worry about, and the former administration's allegations to the contrary are little more than a witchhunt.

According to NPR, this lawsuit is one of the largest cases in American history on the frontier of user privacy. But the disappointing news for those who may have been affected by the "theft" of data is that financial restitution per user comes to a little over one dollar per account. And that's before legal expenses. So don't go ordering a yacht (or even a new ring light) just yet.

TikTok claims it's innocent — The company has rejected accusations of privacy theft and breaches but maintains that a financial settlement was the prudent move. Given the cost of protracted legal battles, that may well be the case. A spokesperson for the firm told NPR, "Rather than go through lengthy litigation, we'd like to focus our efforts on building a safe and joyful experience for the TikTok community."

The $92 million settlement comes after aggrieved parties accused TikTok of strategically stealing information on users, which it then allegedly sold to third parties in China. Some of the user accounts mentioned in the litigation belong to users as young as six years old, who of course arguably shouldn't be allowed on the platform in the first place.

Not the first rodeo — This isn't the first time TikTok has been hit with a lawsuit over privacy issues, and it likely won't be the last. In 2019, the company had to pay $5.7 million to the Federal Trade Commission. Its alleged crime? Collecting personal data from minors.

For the 89 million American users of TikTok, this purported selling of their data is a direct breach of state and federal law, according to NPR. One of the attorneys involved in the case, Katrina Carroll, told the outlet, "First, it provides compensation for TikTok users, but equally as important, it ensures TikTok will respect its users' privacy going forward. Social media seems so innocuous, but troubling data collection, storage, and disclosure can happen behind the scenes."

The lawsuit describes this method of data collection by saying TikTok "clandestinely vacuumed up" user information. Going forward, TikTik is prohibited from recording a user's biometric data and it also says that it won't sell user data to third parties outside the United States.