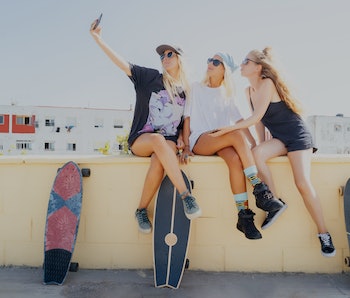 TikTok is getting a little franker about its inner workings. According to Axios, the company recently shared some insight into its machine learning that, per TikTok, helps amplify user engagement. Interestingly, the company touched on how machine learning for its wildly viral short video app is able to create filter bubbles and keeps users in apparent echo chambers.

It sounds like an effective strategy for more user activity and attention, but it raises concerns about misinformation and possible hoaxes in these clusters. For a platform that struggles to crack down on virulent racist videos and other controversial content, a machine learning system that boosts content without adequate filters could spell even more rancor.

How it works — Whenever a TikTok user logs into the app, they are shown eight viral videos from various genres. Based on what video the user chose, the algorithm shares another eight new videos in that genre. The algorithm also collects data about the user's device, account settings, captions, hashtags, language settings, location, and more. By taking that information, TikTok labels and categorizes people into "clusters" and keeps them in "bubbles."

As COVID-19 conspiracies and other types of misinformation go on, this kind of closed-off strategy is bound to unnerve anyone remotely in favor of accuracy, fact-checking, and nuance.

What TikTok says — The company gave the press a virtual tour of its "transparency center" in Los Angeles, straying from its typically guarded position. As I discussed with my colleague Mark Yarm on the Input podcast, TikTok was previously reticent about its algorithm and data practices. This isn't abnormal as tech businesses tend to keep quiet about these strategies often to avoid public scrutiny and criticism.

This time, though, TikTok appears interested in signaling some degree of openness — likely due to the mounting criticism and pressure coming from American lawmakers about its data collection methods. Prominent figures like United States president Donald Trump and Facebook CEO Mark Zuckerberg have spoken of the app as a national security threat. So, telling people what exactly goes behind the scenes appears to be the TikTok PR strategy to allay critics' anxieties.

In a Wednesday call with the press, per Axios, TikTok vice president Michael Beckerman got candid. "We're a two-year-old company operating with the expectations of a ten-year-old company," Beckerman said. "We didn't have the opportunity to grow up in the golden years of the internet, when tech companies could do no wrong. We grew up in the techlash age, where there's a lot of skepticism of platforms, how they moderate content and how their algorithms work."