TikTok is suing the Trump administration

“With the Executive Order threatening to bring a ban on our US operations – eliminating the creation of 10,000 American jobs and irreparably harming the millions of Americans who turn to this app for entertainment, connection, and legitimate livelihoods that are vital especially during the pandemic – we simply have no choice.”

TikTok, in a press statement 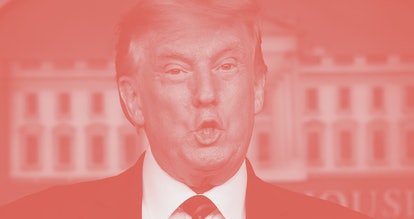 TikTok is filing a complaint in federal court against the Trump administration's attempt to ban TikTok in the United States. The company published a blog post about the lawsuit on Monday morning:

The Executive Order issued by the Administration on August 6, 2020 has the potential to strip the rights of that community without any evidence to justify such an extreme action, and without any due process. We strongly disagree with the Administration's position that TikTok is a national security threat and we have articulated these objections previously.

Now is the time for us to act. We do not take suing the government lightly, however we feel we have no choice but to take action to protect our rights, and the rights of our community and employees.

TikTok says it prefers constructive dialogue over litigation — but it's been left no choice, given President Trump's active vendetta against the company.

No evidence — The Trump administration has jumped onto a narrative wherein TikTok is spying on U.S. citizens and sending all our data back to China. But there is little to no evidence that the app is a threat to national security. None of the ongoing investigations into the app's activities have proven fruitful in this regard.

As TikTok points out in today's press release, the company has been entirely cooperative in the United States' investigations. The company has gone out of its way to provide detailed documentation about the "extraordinary measures" it takes to protect U.S. user data.

The press release reminds the public that the U.S. has not made any claims about what threats, exactly, TikTok poses to the public. The government has not provided any evidence to back up its name-calling.

No due process — TikTok's lawsuit focuses also on the complete lack of legal process that has been used thus far in the administration's investigations. The lawsuit alleges that Trump's executive order in particular violates due process protections.

TikTok says that, in one ongoing investigation, the Committee on Foreign Investment in the United States (CFIUS) effectively cut off all formal communication with the company well before the end of the review period. CFIUS issued a letter abstractly calling TikTok a "national security risk" — based almost entirely on outdated articles and hearsay — at 11:55 pm on the last day of the review period.

All for the transparency — TikTok's press release about the lawsuit is clear and gets directly to the point without using legal jargon. Like the company's newly launched transparency hub, it's meant to present to the public an unobstructed view of the battle between TikTok and the U.S. government.

TikTok has taken every possible measure in assuaging the Trump administration's allegations and demonstrate its "commitment to the U.S. market." The company's top executive leadership is all based in the U.S. It's moved all U.S. user data to domestic servers; it's even gone as far as to cut off U.S.-based coders from accessing Chinese code bases.

Still the Trump administration is attempting to push TikTok — and other Chinese tech companies — out of the U.S. completely. Unless, of course, the company makes a deal to be bought out by a big U.S. corporation like Microsoft or Oracle by November 12.

TikTok concludes today's press statement by underscoring the importance of its community: "Our legal challenge is a protection to ensure that these efforts can take place without the threat of an unwarranted ban hovering like a dark cloud over the joy and creativity of our community.

TikTok is not willing to go down without a fight. In the meantime, it's doing everything in its power to keep the public abreast of what's going down behind the scenes.