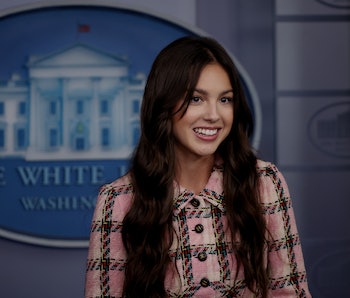 President Biden and his administration have been disseminating important information about the war in Ukraine to TikTok influencers so they can better cover the White House’s narrative of the conflict, according to a new scoop from The Washington Post. That’s right: popular TikTokers are now some of the federal government’s most prized journalists.

With many around the world relying on social media for world news, Russia’s invasion of Ukraine has largely been broadcast across apps like TikTok and Instagram. Some have gone as far to call it the world’s “first TikTok war,” so widespread is coverage on the short-form video app.

The problem, of course, is that being popular on TikTok does not necessitate having any sort of expertise in geopolitical conflict. The White House is working to close gaps in knowledge while also unifying the narrative spread by influencers across TikTok.

This isn’t the first time the White House has called on influencers to spread factual information to the public, either. Remember when pop powerhouse Olivia Rodrigo ended up doing a broadcast on COVID-19 from the press room podium? Trend alert!

Power to debunk — The quick spread of information on social media is also its most dangerous pitfall. It’s all too easy for users to capitalize on trending news to gain followers — usually by spreading misinformation.

The White House hopes that, by keeping influencers up-to-date on what’s actually happening on the ground in Ukraine, it can fight misinformation with actual intel. TikTok is an especially ripe platform on which to try this tactic; any video can go viral without the poster being particularly popular, allowing nonfactual information to be viewed by millions with ease.

The White House’s Zoom briefing — attended by 30 TikTokers, hand-picked by advocacy group Gen Z For Change — seems to have given at least a handful of the influencers the confidence to directly debunk rumors about the conflict in Ukraine. “Those who have an audience can ideally set the tone for how others decide to assess and amplify what they see online,” TikToker Jules Terpak told WaPo.

Power of influence — While most government entities focus their PR energies on traditional journalism outlets, the Biden administration has really latched onto social media as a method by which to spread accurate information. Gen Z and other younger social media users typically spend more time on TikTok and Instagram than they do browsing online publications — why not use that influence for good?

This approach does come with its risks. Most importantly: A single Zoom debrief does not a journalist make. Being popular on TikTok doesn’t necessarily mean you’re capable of explaining a complex invasion to the general public. This method by which to fight misinformation can’t be relied on for everything.

A Ukrainian-born journalist by the name of Jules Suzdaltsev summed the problem up concisely: “The energy of the call felt like a press briefing for kindergartners,” he said.