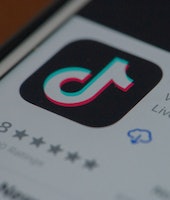 The average number of TikTok users per month.

Despite the previous, self-tan-loving tenant of the White House’s damnedest attempts, TikTok is still very much available in America. Not only that, it recently passed a major milestone in its rise to social media’s top tier. In a new blog post published to its Newsroom earlier today, TikTok announced that the app now sees over 1 billion active, unique users per month.

“We're honored to be a home for our immensely diverse community of families, small businesses, and creators who transform into our favorite stars,” reads the announcement, adding, “TikTok has become a beloved part of life for people around the world because of the creativity and authenticity of our creators.”

Even taking into the ever-growing ubiquity of the internet, TikTok’s ascendence is really without comparison. As outlets like Engadget note, it took Instagram almost six years following its acquisition by Facebook to reach the 1 billion user brag. Recently, a new study also revealed that more Americans are now even wasting more time on TikTok than they are on YouTube. Nice try, Donald. So sad!

Those in China are not as lucky — As unmitigated a success TikTok has proven in the U.S., its country of origin is definitely moving towards a “too much of a good thing” stance. Earlier this month, China continued its crackdown on youth access to video games and internet use in the country by limiting minor’s access to TikTok to only 40 minutes per day. There is a lot going on in China that we’re not thrilled to see, but at the same time... we’d all probably be healthier cutting back on social media, so we sympathize, even if we’re not thrilled about the heavy-handedness of China’s approach.