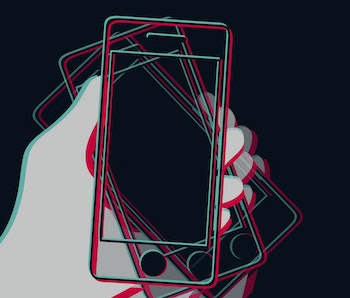 Neither Microsoft nor Oracle — the two companies leading the bidding war — have won ByteDance's approval to take over its U.S. operations. Microsoft confirmed as much on Sunday, and sources familiar with Oracle’s business have reported the same.

“ByteDance let us know today they would not be selling TikTok’s US operations to Microsoft,” Microsoft wrote on its corporate blog. “We are confident our proposal would have been good for TikTok’s users, while protecting national security interests.”

The company has widely been viewed as the top choice of buyer for TikTok’s domestic affairs in the month since President Trump issued an executive order “banning” Chinese companies ByteDance (TikTok’s current owner) and Tencent if their American business wasn’t sold to American owners in 45 days’ time. That timeline has since been extended a bit to November 12 — but time is very much running thin on this deal.

Oracle, too? — With Microsoft out of the running, software conglomerate Oracle seemed a shoo-in for the role of TikTok king. Oracle held preliminary talks with ByteDance over the purchase of its U.S. operations (as well as those in Canada, Australia, and New Zealand) in early August, around the same time Microsoft announced its intention to purchase the app.

The company’s bid was seemingly strengthened by Trump’s own support, expressing in private talks his confidence that Oracle would be “certainly somebody that could handle it.” Oracle has deep ties to the Trump administration; the company’s chief executive, Safra Catz, was a member of Trump’s transition team, and co-founder Larry Ellison hosted a huge Trump fundraiser earlier this year.

But now it looks like Oracle isn’t going to be buying the company’s operations, either. The Wall Street Journal reported Sunday that Oracle is no longer in negotiations with ByteDance to outright purchase the company’s U.S. operations. Instead, Oracle is apparently looking to be TikTok’s “trusted tech partner” in the U.S.

A very uncertain future — If Trump has his way, TikTok — and Tencent, another Chinese company — will no longer be allowed to distribute their software in the United States. Though it’s still unclear how, exactly, Trump would manage to block TikTok across the country, it is very clear that he’ll try if he gets the chance.

TikTok has launched both defensive and offensive measures in retaliation. The company is suing the Trump administration for the lack of due process around the administration’s supposed investigations into TikTok. It’s also launched an extensive transparency hub to “set the record straight” and narrate its side of the story.

Now, with both major bidders seemingly out of the running, a buyout seems nigh impossible. Oracle’s reported venture to be TikTok’s “trusted tech partner” in the U.S. is incredibly abstract in nature — but it doesn’t sound like such a partnership would be enough to satisfy the Trump administration, if it means TikTok’s parent company is still based in China.

Microsoft ends its statement by stating simply: “We look forward to seeing how the service evolves in these important areas,” referring to security, privacy, online safety, and combatting disinformation. Us too, Microsoft. Us too.