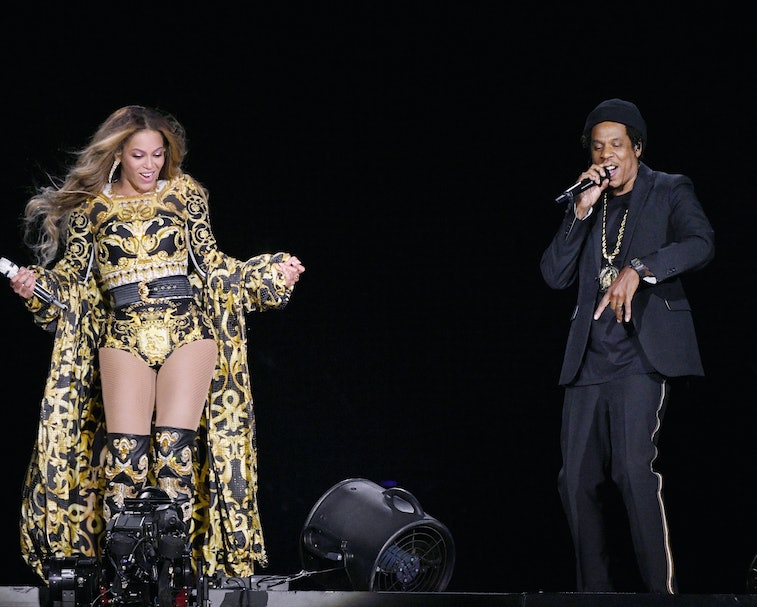 Tidal, the music streaming platform own by Jay-Z and backed by popular artists like Beyoncé and Kanye West, is teaming up with Facebook’s Oculus to stream immersive concerts in virtual reality (VR). The concert series — the lineup is not yet known — will stream later this year on Oculus’ Venues app and on Tidal.

Lior Tibon, Tidal’s COO, said in a press release that “Oculus is revolutionizing the live music experience and matched with Tidal's Hi-Fi audio quality, members will be able to remember what it feels like to stand in a large crowd at a concert venue.”

The partnership is a match made in heaven, really. You’re telling us we can enjoy a live concert without dealing with annoying crowds — that always seem to include tall people directly in front of us — lining up to buy concessions and fighting traffic going home? Count us in.

A+ timing on this one — Tidal couldn’t have chosen a better time to dip its toes in the world of VR. The ongoing pandemic has us all positively brimming with cabin fever.

Better yet: Oculus just announced the second generation of its flagship Quest headset, and it’s a truly impressive piece of VR hardware. At just $299, it’s an incredibly accessible point of entry into the world of standalone VR headsets.

Tidal’s live concerts will be a draw for consumers to purchase a Quest 2 — and Quest 2 owners will surely be tempted to purchase a Tidal membership. It’s a win-win for both companies.

So much for being alt — Tidal was created back in 2014 as an alternative, higher-quality alternative to the mainstream streaming services offered by the likes of Spotify, Amazon, and Apple. Now it’s teaming up with Oculus, which is owned by Facebook — perhaps the epitome of “mainstream” media.

On the other hand, Tidal has always been about high-quality products and exclusive partnerships. So it makes a lot of sense for the brand to team up with one of the best VR companies in the world. And it's sure to bring a slew of new signups to the service — it's difficult to argue with that kind of engagement.

Seven months into the pandemic, some of the biggest names in music streaming are finally realizing virtual concerts aren’t just a passing fad. This week Spotify is finally allowing artists to post virtual concerts via a partnership with Songkick. But Spotify doesn’t have any VR concerts yet. It may only be a matter of time, though.