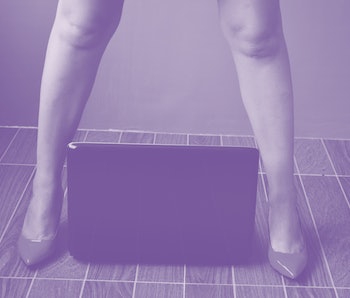 Thothub, a major adult entertainment website, is facing legal trouble for reposting material without creators' permission. OnlyFans creator Deniece “Niece” Waidhofer has issued a legal complaint against the website for allegedly "stealing" her images without her permission, according to Motherboard.

The creator accuses the website of running her content, letting its users download her photos without her consent, and making a profit off of her imagery. Waidhofer's attorney Brett S. Rosenthal officially stated:

After being published on Thothub and downloaded by many of its one million-plus members, Waidhofer's published and unpublished works have been widely disseminated across the Internet and seen by millions. This has caused, and continues to cause, personal, reputational, and monetary harm to Waidhofer.

Coronavirus and remote erotica — The user bases for pay-per-view adult subscription websites have mushroomed after the COVID-19 pandemic reached catastrophic levels at the beginning of March.

It's a lucrative job — if you strike it hot. Some of these creators performing remote adult entertainment for massive crowds have earned more than $100,000 in a year alone. The amount of effort in creating an impressive OnlyFans account involves a good deal of photographic gear, angles, content planning, marketing, and more.

Traffic surges amid layoffs — Starting in April this year, OnlyFans stated that it witnessed a 75 percent increase in model signups. This was around the time that the United States and other countries began experiencing massive and distressing waves of unemployment. Virtual sex work has shot up during the pandemic with at least 450,000 creators heading over to IsMyGirl, OnlyFans, and other pay-per-view websites, according to Business Insider. The content varies from erotica to non-erotic material. Creators often give each other promotions, shout-outs, and previews.

Social media, on its own, is tricky terrain for sex workers with moderation guidelines that hit their content more so than others. Sex workers often get reported and their accounts get suspended or shadowbanned, they say. With these existing problems in place, that a massive adult entertainment website is allegedly stealing content — and not compensating the creators in return — only makes a hard job harder.