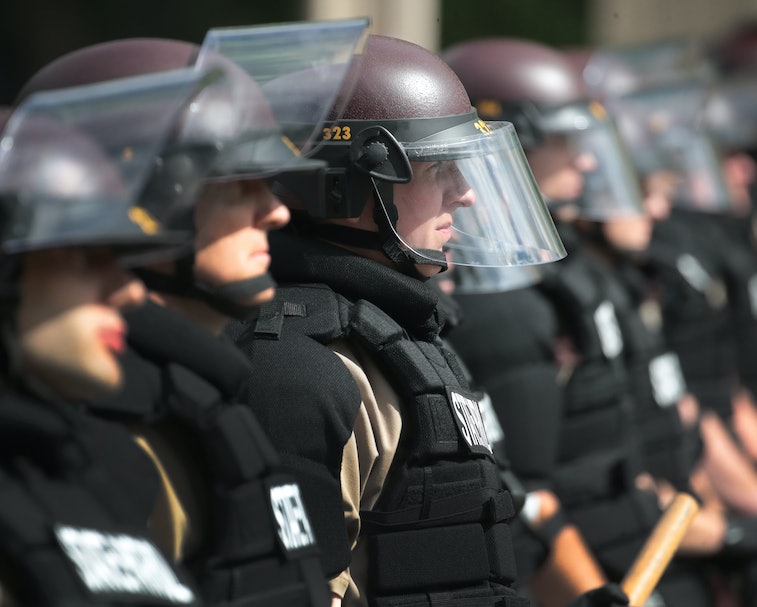 A BuzzFeed report details the arsenal of surveillance tech being used by the Minneapolis Police Department. In response to the police killing of George Floyd on May 25 — further fueled by a string of similar murders across the country — Minneapolis has become the epicenter of protests against police brutality. In addition to being able to pinpoint cellphones through GPS and fake cell towers, local law enforcement is applying AI-based video analysis, facial recognition, and license plate scanning technologies to footage from body cams, home security systems, smartphones, and CCTV.

“Arsenal” is not hyperbole — BuzzFeed News lists 10 different surveillance technologies being used in Minneapolis and its neighboring cities, not including the potential access to a federal Predator drone flown over the city on Friday. In addition to working with Clearview AI, many of these cities have also signed deals with Amazon’s Ring to request footage without a warrant. Which sounds a lot like the actions of a police state, not those of the country that aspires to be the world's leading democracy.

Body cams and Ring footage — The Minneapolis Police Department is equipped with body cameras while other forces in the metropolitan area are receiving free cameras from Ring. The Minnesota Bureau of Criminal Apprehension operating in the city also has access to Stingrays, a tool allegedly used against Black Lives Matter protesters in the past which mimic cell towers in order to find cellphones in a given area.

In addition to cellphone location data, CCTV, and footage from body cams and Ring cameras, there’s also a system of security cameras on local public transit. As of March 2019, that footage reportedly was not being used in conjunction with facial recognition software but, of course, that could change at any time.

“At a high level, these surveillance technologies should not be used on protesters,” said Neema Singh Guliani, a senior legislative counsel for the ACLU, to BuzzFeed News. “The idea that you have groups of people that are raising legitimate concerns and now that could be subject to face recognition or surveillance, simply because they choose to protest, amplifies the overall concerns with law enforcement having this technology to begin with.”

The disparity of who is surveilled — This week’s protests started peacefully, but police confrontations have continued to erupt with few details on how they’re sparked, stirring more destructive demonstrations. Comparably, the largely white Twin Cities’ protests to reopen the economy dating back to mid-April managed to avoid escalation, despite may of the protesters being heavily armed.

Black and brown people are as likely to be perceived as threats by law enforcement as they are to be misidentified through facial recognition software: extremely. Once you add in the variable of masks and the nascent technologies to ID those wearing one, this level of unchecked surveillance only serves to further unjust and potentially lethal arrests.