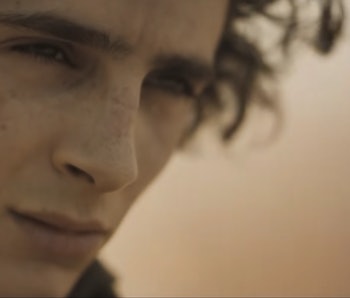 As of yesterday, Dune could officially be referred to as Dune: Part One, given that Warner Bros. announced a sequel (entirely dependent on its progenitor’s success) had been set for release in October 2023. And that’s great, you know? Denis Villeneuve is one of the best directors in the business right now, especially when it comes to epic sci-fi sagas that ponder society’s biggest questions. It was a gamble to only adapt half a book without knowing for sure that we’d get its follow-up, but it shows how committed everyone was to doing Frank Herbert’s classic justice by not sacrificing anything for a breezy, Hollywood jaunt across Arrakis.

So, now that we know audiences can handle 155 minutes of grandiose storytelling that takes its sweet, sweet time, how about the anonymous teases out there on the internet quit jerking fans around and secretly leak the damn Dune: Part One Extended Cut? Massive grassroots movements for divisive, unnecessarily long, self-serious genre fare of lesser caliber have succeeded, so stop toying with us, sadists.

Secrets of Dune’s secrets — Okay, so we’re making this somewhat large leap to conclusions mainly due to the Secrets of Dune Twitter account, which as you probably can guess, is a fan account for all things Dune. It’s posted a lot of great stuff over the years, particularly as production on Villeneuve’s adaptation ramped up.

Whoever’s behind Secrets of Dune, along with other eagle-eyed diehards, have noticed a number of subtle differences between things like early trailers, recounts of test screenings, and script drafts. Some of these have actual film evidence, such as a cut “banquet scene” and Josh Brolin’s character, Gurney Halleck, playing the Baliset and singing — the latter of which even Villeneuve has confirmed as existing. Jason Momoa has also most likely seen a five-hour “assembly cut”, so there’s that.

Someone out there be a hero — Now, to be clear, the person running the Secrets of Dune account swears that they themselves have not seen an extended cut, nor do they possess it. They have, however, talked with numerous people who’ve seen longer editions. Internet, do your damn thing and make this happen.