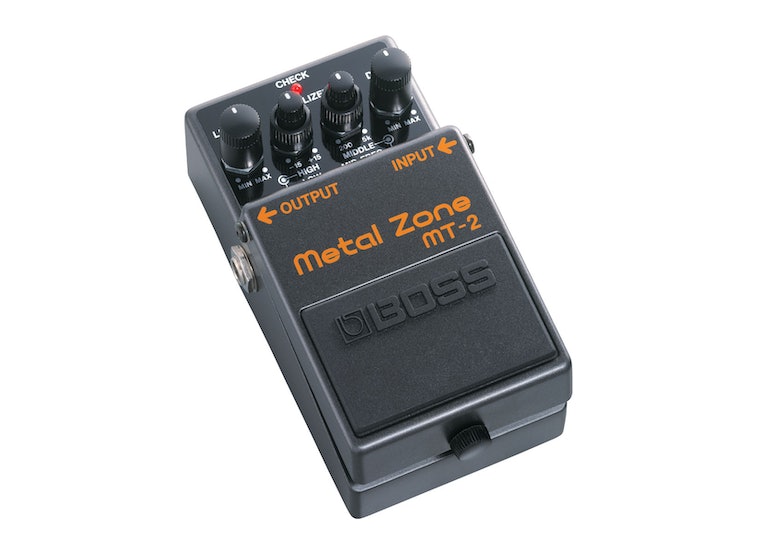 If you thought the 5G conspiracy theories had exhausted their creative fodder / depths of stupidity — think again. People in Italy have been sharing far and wide a schematic (seen below), claiming it outlines how a “5G chip” has been inserted into the COVID-19 vaccine. The diagram is actually — this isn’t a joke, we promise — a diagram for the insides of a guitar pedal called the Boss MT-2 Metal Zone, as Guitar World points out.

Marco Fusco, a senior engineer at Redhat, first brought attention to the rapidly spreading conspiracy on Twitter last week. The schematic is all the more ostentatious given how obvious it is that it's not what it claims to be. The schematic isn’t at all disguised; it’s truly just an electrical diagram someone decided could hold weight as a conspiracy theory by slapping a few lines of copy on it.

The only thing 5G and the COVID-19 vaccine have in common is that each’s rollout has been agonizingly slow and it'll be a long time before poorer people get it.

It’s literally a guitar pedal — This schematic could have been pretty damning evidence against the COVID-19 vaccine… if it weren’t so ridiculous to even the most casual observer. The diagram in question couldn’t be anything other than an electrical schematic.

But this problem is larger than just one viral diagram. Time and time again we’ve watched as the world’s largest tech companies have failed to stop the spread of harmful conspiracy theories across their platforms. Reactionary policies from companies like YouTube and Twitter allow conspiracies to take root before they’re blocked.

And then those theories build upon one another, even once they’ve been ousted from mainstream social media, until we end up with theories so easily debunked they’re literally guitar pedals.

So much for herd immunity — Right now the biggest hurdle to ending the prolonged pandemic is a combination of preventative health measures (social distancing, for example) and vaccinating enough people to develop what’s known as “herd immunity.” But there are many hurdles between where we are now and where we need to be, like resources and — as you might guess — willingness to adopt the vaccine.

As vaccine-related conspiracy theories continue to spread, so too does anti-vaccine sentiment. Bill Gates, who found himself the center of a vaccine conspiracy theory last summer, has made public statements warning of this very outcome. More than half a year later, the conspiracies have only grown in scope and number.

This diagram is very easily debunked; that makes it all the more concerning that it spread so far. There’s no telling how many people have seen and believed the theory — nor can we tell how many other, equally outlandish ones are circulating across the internet.