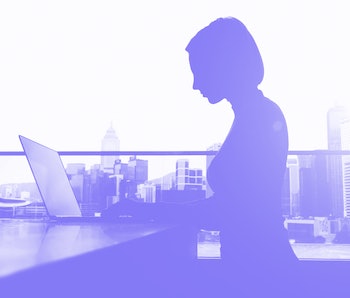 This week, Senators took a break from mulling over pandemic solutions to re-up the controversial Patriot Act. The legislation born from the fear left in 9/11’s wake has long — somewhat accidentally — allowed for surveillance of citizens’ web activity, but the powers it grants are meant for national defense purposes. An amendment to a reauthorization of the act was meant to close this loophole, but a Senate vote on Wednesday failed by one vote, according to Vox.

Blame it on the plague — Bi-partisan sponsors of the amendment, Senators Ron Wyden and Steve Daines, wanted to explicitly prohibit the surveillance of “internet website browsing” and “internet search history.” Four senators, Lamar Alexander, Ben Sasse, Bernie Sanders, and Patty Murray, weren’t in attendance for the vote. The amendment needed 60 votes to pass and at least Murray would have voted in favor of it. Murray was not in Washington D.C. and Alexander is in quarantine, but Sanders and Sasse haven’t yet commented on their absences.

There’s no real oversight — The orders for this kind of surveillance are presided over by the enigmatic Foreign Intelligence Surveillance Court (FISC), but it’s hardly strict. Only 5.7 percent of the 1,010 surveillance applications submitted to FISC last year were denied in part or completely. In December, the FBI was called out over shady applications it submitted to FISC to surveil Donald Trump's former campaign aide, but that’s the most insight the public has received on the court since the Snowden leaks of 2013.

The federal government’s virtually unchecked surveillance powers don’t even yield much progress with investigations by most accounts, but it continues to wield them on its own citizens. As in 2001, this global pandemic has cultivated a culture of fear. Paired with an unrelenting trade war with China, just enough lawmakers are digging in their heels against privacy protections for the act to endure despite efforts to reduce its reach from both sides of the aisle.

COVID-19 will end eventually, but by then it may be hard to reform or repeal the Patriot Act, and who knows what sort of misuse it could be put to in the interim. Between now and the end of the pandemic, stuck at home, how much time do you think most Americans will be spending on the internet? We're betting the answer is a lot. And having nothing to hide is no argument against privacy. The U.S. is meant to be the land of the free, not the land of the constantly surveilled.