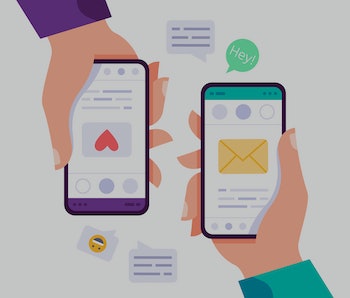 The U.K. will not use Google and Apple’s joint contact-tracing API in creating its official COVID-19 app, reports The BBC. The country’s National Health Service (NHS) says it has instead worked up its own methodology by which to allow contact tracing to run in the background on iPhones. Notably, the NHS contact-tracing app will send its data to a centralized system — a move Google and Apple have opted out of due to privacy concerns.

A spokesperson for the NHS’s digital innovation unit said the unit met quite a few challenges in developing the app, including excessive battery drain when the app is running in the background. It’s unclear how well that problem has been solved.

The NHS seems very certain that its centralized model for contact tracing is the best way to curb the spread of the novel coronavirus through the U.K. It’s unclear whether or not this will prove to be true. Either way, the country’s official break from Google and Apple’s joint effort worries many because it deprioritizes user privacy and energy efficiency.

To centralize or decentralize; that’s the question — The U.K.’s decision to not use Google and Apple’s contact-tracing technology is, as far as we know, based entirely in the government’s assertion that a centralized database is the best way to keep track of app data.

In both models, users’ phones exchange discrete codes via short-range Bluetooth connections when they come in close contact with each other. Later, when someone reports an infection, a series of alerts are sent out to other users who have come into contact with the infected user in the recent past.

The centralized model favored by the U.K. uses a large government-run database to carry out the matching process; Google and Apple are allowing these matches to be made on users’ devices themselves.

A worldwide debate — The question of best contact-tracing practices is one the whole world is struggling with right now. Every country is dealing with the problem in a slightly different way.

Most European countries are planning to use a decentralized model, including Germany, which until very recently had sided more with the U.K.’s ideas.

Meanwhile, France is planning to use a centralized model, though many tech experts in the country have banded together to sign an open letter opposing the model for privacy reasons.

Australia has already implemented a contact-tracing app with a centralized database, and it says more than a million people have registered with the app.

How do we weigh privacy vs health? — The NHS says the centralized system will give the country more insight into how COVID-19 is spreading across the U.K. Those working on the NHS app say this system will also be more adaptable in the future.

But privacy experts worry the centralized database leaves more room for hackers to find holes in the contact-tracing program that could be later exploited. And the NHS itself is willing to use that data to identify individual users at some point if need be. The privacy concerns here are mostly unexplored, but they’re present nonetheless.

Will it even work? — Right now we’re all grasping at any possibility of ending the pandemic. Contact tracing presents a promising premise for this to happen, but some experts aren’t so sure it will be as helpful as big tech is purporting.

Firstly, large swaths of users will need to download the app. So far the voluntary nature of contact tracing has shown small download numbers — just 12 percent of Singapore’s population has downloaded the country’s app at last count.

Then there are the false positives. You might come into “close contact” with someone who’s actually on the other side of your apartment wall, or even living in the apartment below you. Bluetooth is not a precise technology. You could find yourself getting notifications of risk left and right without ever actually coming within six feet of another person.

Only time will tell if contact tracing actually works best with a centralized or decentralized model. Maybe neither will prove helpful. In the meantime, the best course of action is to wear a mask and keep your distance.