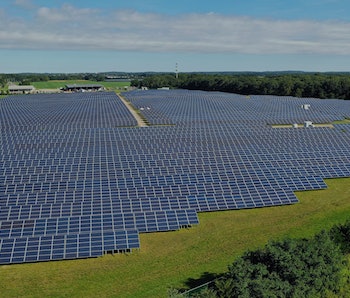 Sometimes Tesla’s solar power systems catch fire, a fact the company has done its best to downplay despite, you know, the very visible flames. The Securities and Exchange Commission (SEC) has decided to open a full investigation into whether or not the company failed to properly disclose these risks to investors, Reuters reports.

A former Tesla field quality manager by the name of Steven Henkes first filed a whistleblower complaint about the solar panel fires back in 2019. He confirmed with the SEC this month that there is, indeed, an ongoing investigation into the matter. The SEC made sure to mention in its response to Henkes that the existence of an investigation does not necessarily mean Tesla had broken any laws.

Tesla’s solar panel business has been mired in various scandals since… well, essentially since it was unveiled in 2017. None of those issues has seriously threatened the automaker’s solar arm, really — not in a way that could take it down or, at least, impair it. The SEC’s investigation could do just that, results pending.

Just about the investors — The SEC isn’t trying to figure out whether or not Tesla’s solar panels caught fire. That matter has already been settled in court. Walmart sued Tesla over the panels in 2019, alleging that they had started seven fires at the company’s stores; the case was eventually settled without Tesla really admitting to any fault. Tesla has since made some changes to the solar panels to ensure they catch fire less often.

This SEC investigation centers solely on Tesla’s responsibility to keep investors abreast of the solar panel defects. Henkes has alleged that Tesla’s lawyers specifically cautioned against communicating the extent of the issues to investors and the public to avoid harming Tesla’s reputation. A familiar move from the Tesla playbook.

Ash to ash — Tesla’s solar panel business has always been a bit sketchy. Fires aside, the acquisition that allowed Tesla to get into the solar business — the purchase of SolarCity for $2.6 billion — has been seen by some as a bailout for Musk’s cousins, who started the business. That investment hasn’t exactly proven popular amongst shareholders or Tesla customers, either.

The news of this SEC investigation comes at a particularly bad time for Tesla. The company already faces enormous regulatory pressure related to its Full Self-Driving software beta, which has quickly proven itself to be a threat to mortality.

Given the SEC’s penchant for secrecy, we don’t expect to hear results of the investigation until it’s concluded.