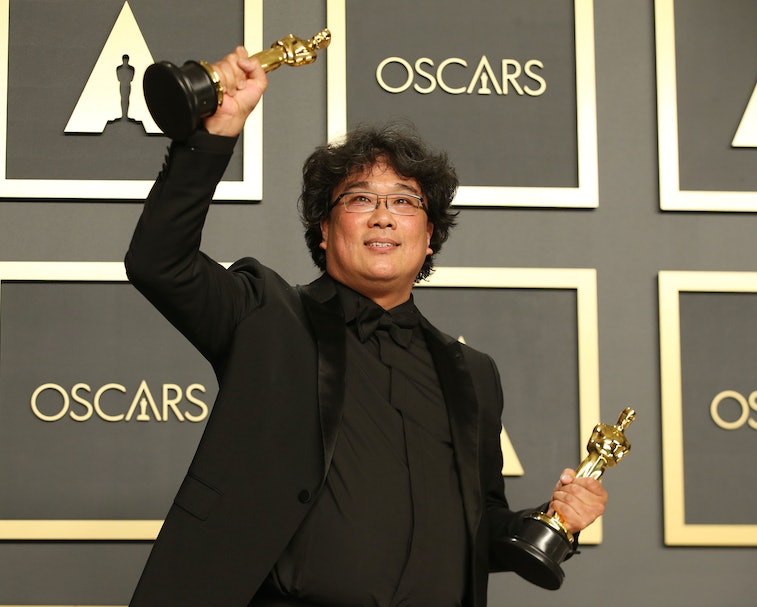 The Academy of Motion Picture Arts and Sciences will allow films that stream digitally without a theatrical release to be considered for the 2021 Oscars, for the first time in the organization’s history. Traditionally, only films with a seven-day theatrical run in LA county are eligible for the prestigious awards.

Once movie theaters reopen again, the seven-day theatrical release rule will be reenacted, but eligibility will be expanded to include venues in New York City, Chicago, Miami, Atlanta, and the Bay Area.

The COVID-19 pandemic has shut down movie theaters across the U.S. because, well, it’s really not a good idea to be in such close quarters with anyone right now, let alone for 90 minutes or more. That’s not looking like it will change any time soon. With theatrical releases at an all-time low, the 2021 Oscars would otherwise likely be a pretty bleak and sparse affair if this rule hadn’t been enacted.

Streaming is king (for now) — Streaming content is doing just fine right now. Netflix, the largest streaming company, almost doubled its projected growth during the first quarter of the year, adding nearly 15.8 million new subscribers since the beginning of the year. Hulu and Disney Plus have also seen more new subscribers than ever this year.

But Netflix’s recent letter to shareholders did also warn that it doesn’t necessarily expect this growth to continue. As quarantining measures end, the company expects viewership to decline and membership growth to decelerate.

Netflix will come out on top — This significant concession from the Academy is looking like it will benefit Netflix the most — and it must be delighted at the change in policy. Last year the company spent an estimated $100 million trying to secure the prized and iconic statuettes.

While a few movies like Trolls: World Tour and Sonic the Hedgehog have seen at-home streaming releases, movie companies aren’t really set up for releasing movies for home consumption. The high rental price of these releases also limits the number of viewers willing to stream the movies. Upcoming film productions have largely halted, and many big movies scheduled for 2020 are being pushed out indefinitely.

Meanwhile, Netflix has a captive audience of hundreds of millions of subscribers that can access new movies with just a few clicks at no additional cost. And Netflix has so much original content banked that it will be able to release its full 2020 lineup as planned.

My what a big pipeline you have — “While our productions are largely paused around the world, we benefit from a large pipeline of content that was either complete and ready for launch or in post-production when filming stopped,” the shareholder letter reads.

All the better to win Oscars with — In the past, Netflix has been forced to run limited releases of its original films in theaters for them to be allowed entry into the Academy’s prestigious awards ceremony. With that requirement dropped for the time being and a full slate of upcoming content, it’s obvious who this will benefit most. No matter who wins here, this is set to be the weirdest Academy Awards ever. Which is appropriate, given the times we're living in.