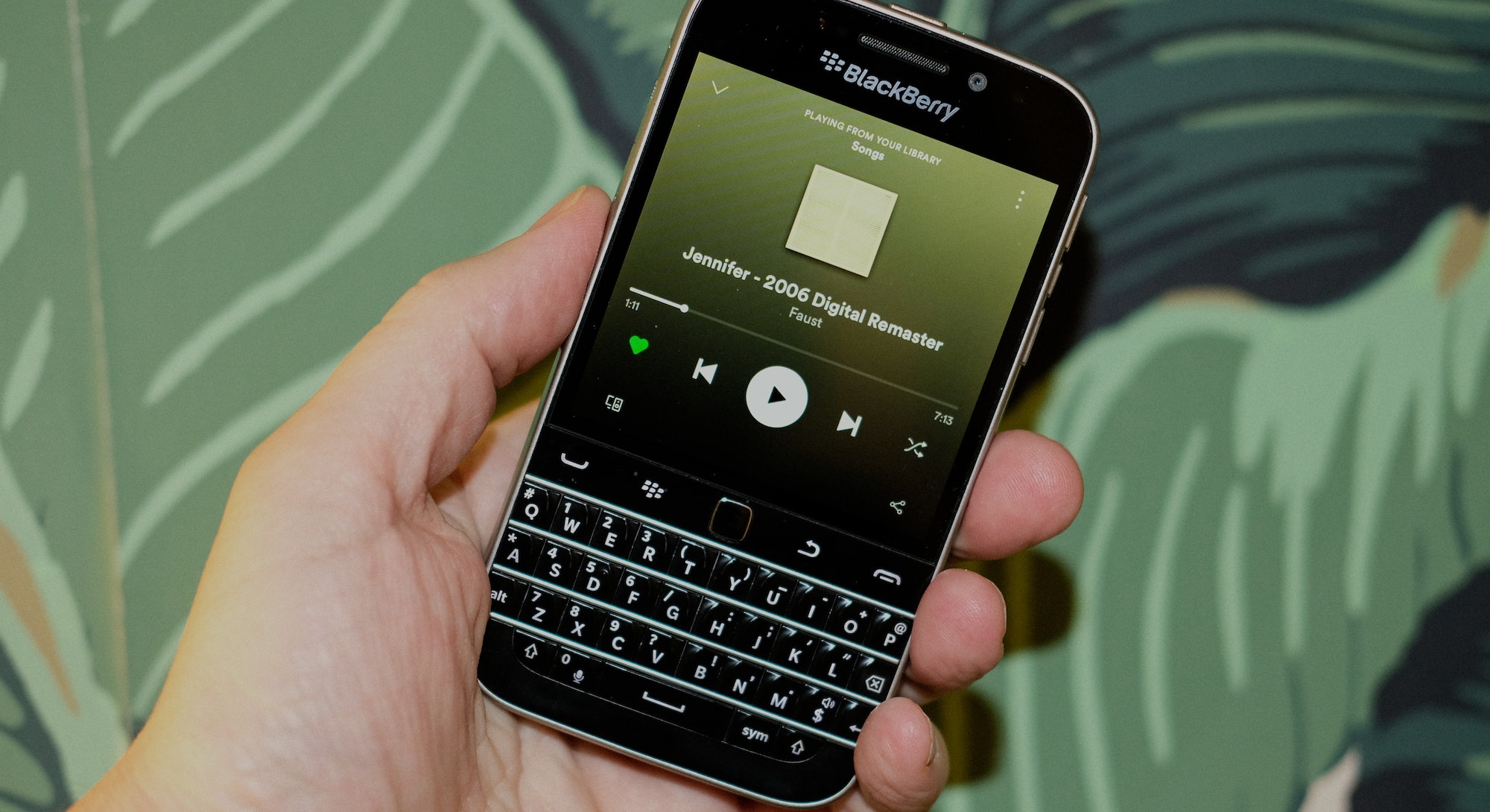 The world is not a pretty place right now.

Some days it feels like everywhere you look, there’s another horrible story or piece of information or person just waiting to jump out at you, like a zombie smashing through a window while you explore the Racoon City police station. But I think I have found a foolproof way to tune out the noise. To quiet the voices. To blast the zombie that is modern culture.

The BlackBerry Classic, which went on sale in February of 2014, was one of the last BlackBerry OS 10 devices released by Research In Motion, the original maker of BlackBerrys, and for some brief period of time, the greatest smartphone company in the world. By the time the Classic was making its way into the world, the Canadian firm (which at this point was actually just calling itself BlackBerry... but I digress) had fully squandered its lead in the market and was essentially going out of business. This phone was an attempt to reconnect with the audience of businesspeople and British teens who loved BBM, clicky physical keyboards, and for some reason wanted to reject Apple’s dominance as a phonemaker. Needless to say, it didn’t work.

I’ve had one sitting in a drawer for several years, and every so often I’ll take it out and remind myself of what it was like when phone screens were only half a device and tiny keyboards were the only way anyone had ever thought to make a “computer phone.” The Classic’s keyboard feels excellent to type on, though it is slower than a virtual one, and it has a terrific little trackpad you navigate with your thumb (it even has a tiny little pointer in some apps!).

About two months ago, I decided to put a SIM card in the phone and start using it in earnest — or as earnestly as I could given that it’s woefully out of date and no one really makes working software for it any longer.

And honestly? It’s kind of a pleasure to use. It’s slow — sometimes painfully slow, so switching quickly between apps and tearing through feeds is totally out of the question. You can run some Android apps on it if you’re creative, but most of them are broken (Spotify still works, mercifully). The browser takes ages to load a webpage and most current sites don’t really display correctly. It does work, but not so well you’d want to spend a lot of time... uh, browsing. WhatsApp is inoperable on the phone. Facebook won’t log in. I downloaded a third-party Twitter app but it’s painfully (thankfully) lacking in features.

The phone works and sounds great, especially the speaker, but there's one small issue there: the previous owner of the SIM's phone number, Kevin, got himself involved in a lot of online scams. Luckily I have a solution for that. Rest in peace, Kevin.

So here’s what the Classic is good for: email, texts, BBM (sorta), and phone calls. Somehow the “Google Talk” app (AKA Hangouts) still works, but I’m not even sure that Google knows about it. And all those apps are collected in a thing called the BlackBerry Hub — which is actually a really useful, threaded grouping of all your messaging, notifications, and alerts. I love scrolling through these messages with the trackpad, and bulk deleting stuff by using a combination of the pad and a keyboard shortcut. Everything takes longer to do. Nothing is hurried. No one pings me on Slack (there’s no Slack). No one puts me on an iMessage group thread (it does SMS and MMS, slowly). I convinced our reviews’ editor Ray to fire up a BlackBerry Passport he owns, and now we’re BBM buddies. I have seriously considered getting the whole Input team cheap BlackBerrys and moving our work to BBM.

I have seriously considered getting the whole Input team cheap BlackBerrys and moving our work to BBM.

But it really is the perfect phone for this moment — precisely because it doesn’t do much, and it doesn’t do anything fast. I can’t multitask, or open a Google Doc, or game online with anyone — and it’s a blessed break from the utter insanity of my days. I like talking to the people close to me on the Classic, and I pay more attention to the messages I get because there’s so much less to pull me away. When I can’t load a page, I just move on. I don’t feel compelled to know what everyone is doing or thinking. There’s no Apple News hiding just off to the side to splatter bad vibes into my brain, no Instagram alerts that someone is going live right now. I don’t think I’ve ever seen a photo of the president on my BlackBerry.

So yeah, maybe it doesn’t have the hot new apps like Fruit Ninja 6, and sure, my message bubbles are green. And yes, sometimes for no reason it tells me I can’t visit a website because a certificate is expired. But it also lets me slow down, pay less attention to my phone, and focus on the things that really matter. Like taking out zombies in Racoon City.