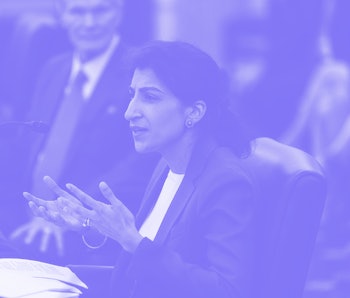 “The FTC has voted unanimously to endorse the principle known as ‘right-to-repair,’ approving a policy statement committing the agency to investigating anti-competitive repair restrictions under both the nation’s antitrust laws and a key law governing consumer product warranties.”

Our original story about the vote follows below:

Today’s vote is based on a May report from the FTC called “Nixing the Fix.” The report calls on Congress to reconsider its past ignorance of the right-to-repair initiative; it examines the toll put on consumers by anticompetitive repair practices from companies that make electronic devices like smartphones, cars, and farming equipment. It calls the issue timely based on a number of factors, including that repair restrictions often more heavily impact communities of color and lower-income communities.

The right-to-repair movement has gained significant traction in individual state legislatures — most recently, the New York Senate passed a right-to-repair law with a vote of 51 to 12. As a federal entity, the FTC’s pursuance of right-to-repair reform would provide very solid backup to the movement’s already strong roots.

Most everyone agrees (except Big Tech) — The tenants of the right-to-repair movement have been around for decades. In 2021 the movement is supported by, well, just about everyone. The White House included right-to-repair reform in a recent executive order addressing anti-competitive practices in the U.S. Even Apple co-founder Steve Wozniak agrees it should be protected.

The only people fighting against the right-to-repair movement are — you guessed it — the ones who stand to profit from the current restrictions. Big Tech is the main antagonist here — companies like Apple profit greatly by forcing customers to bring their products to Apple stores for repairs.

Some companies have attempted reform of their own to slow the right-to-repair movement. Apple created a new program in 2019 that allows indie shops to access specialized tools and schematics used by Apple for in-house repairs, for example. The program isn’t easy to get into, though, and for the most part, Apple still conducts all its own repairs.

Today’s FTC vote won’t actually force any right-to-repair bills into law; it will, however, reinforce the FTC’s overall commitment to the movement. That kind of support is priceless.