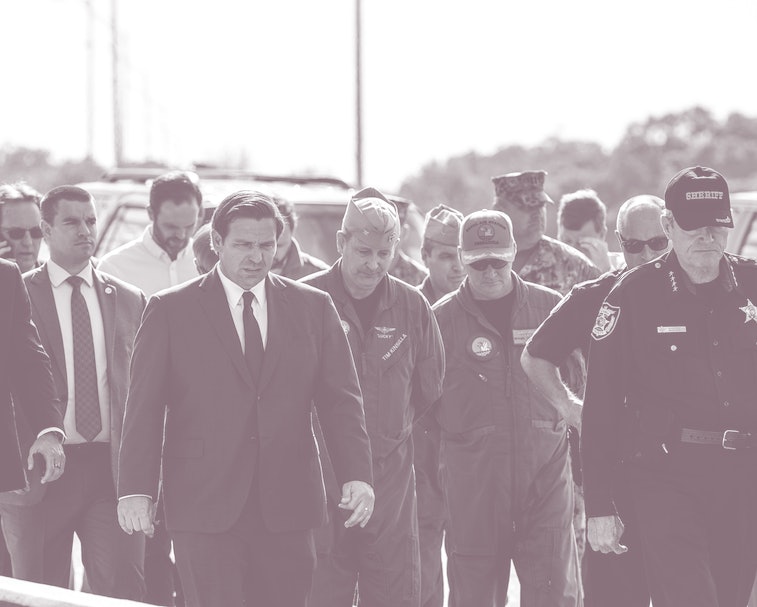 The FBI found links to al Qaeda after it broke into the iPhone 6 of a man in the Royal Saudi Air Force who killed three people last year in an attack on a military base in Pensacola, Florida.

The agency says records on the phone indicate the shooter, Mohammad Alshamrani, had been in communication with al Qaeda leading up to the attack. The group claimed responsibility at the time, and Alshamrani had made reference to an al Qaeda cleric on social media the day of the shooting.

The Justice Department has been fighting Apple over encryption of the device, arguing in court that it should create a backdoor in iOS for law enforcement to gain access to data when a lawful warrant has been granted (though the guise of "national security" grants the government lots of leeway with warrants, just ask Edward Snowden). The government has made these requests frequently over the years, across both Republican and Democratic administrations.

Backdoors are bad — As evidence of the danger of backdoors, look no further than the government itself. Agencies in the United States and abroad are frequently criticized for stockpiling "zero day" exploits, or openings in software that haven't been identified by the software maker. The famous "Wannacry" ransomware attack that crippled computer systems around the world took advantage of an exploit that had been developed by the National Security Agency (NSA). The exploit was stolen and leaked onto the dark web and resulted in hospitals and other critical businesses being halted for hours as the virus took down whole institutions.

Apple's argument against creating a backdoor for law enforcement is that doing so makes iOS fundamentally less secure. If the NSA can't even be trusted to keep its own secret exploits under lock and key, it's hard to believe that law enforcement agencies across the U.S. could do so. Security experts believe that the Wannacry attack originated from North Korea, meaning the U.S. government's own backdoors were used against it by state actors.

This won't stop — The current case is reminiscent of what occurred following a 2015 shooting in San Bernardino, California, where 16 people were killed in an attack by a married couple that the FBI deemed terrorism. Apple refused calls from President Obama and the FBI to unlock the device but the agency dropped its fight after it found a vulnerability in the shooter's iPhone 5C and was able to unlock the device.

At the time, FBI director James Comey said the vulnerability his agency used was specific to an iPhone 5C running iOS 9. Apple beefs up the security on its devices with every subsequent OS release, and patches vulnerabilities, so the FBI needs to find new ways to break the encryption each time one of these shootings occurs.

Privacy is one of Apple's main marketing lines that helps it differentiate itself from rivals and sell its devices. As long as that's the case, it's hard to imagine this cat-and-mouse game will ever end. Moreover, as Apple argues, there no such thing as a backdoor for only the good guys. Law enforcement and government like to pretend that's not the case, but they're mistaken.