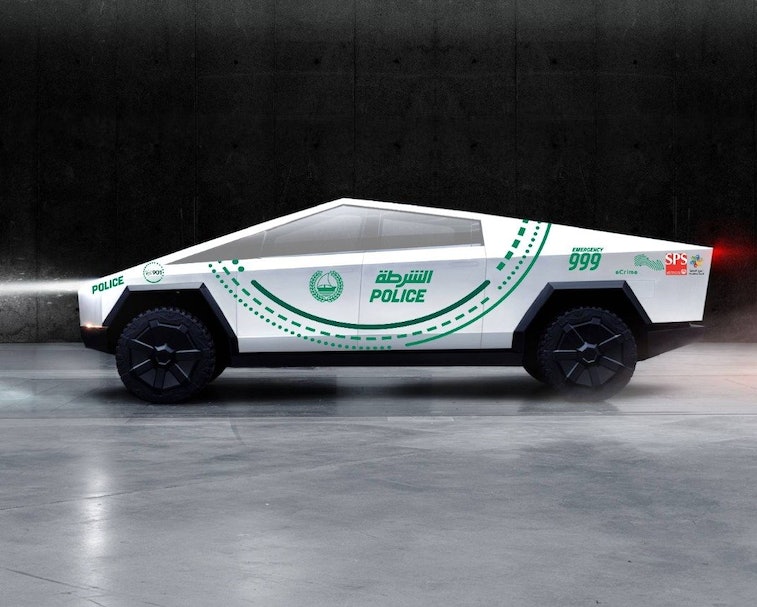 The Dubai police force claims — via Twitter — that it will add a Tesla Cybertruck to its fleet of luxury cop cars. The tweet says the vehicles will join the force in 2020, though that seems highly unlikely as production of the truck doesn't begin until 2021. Tesla's latest will join a fleet that includes a Bentley Continental GT, Lamborghini Aventador, and Bugatti Veyron, amongst others. Oh, and a robot?

This is a publicity stunt — But also, probably true. Major General Abdullah Khalifa Al Marri, the commander-in-chief of the force, told Arabian Business that the cars would "help enhance security presence in tourist destinations," but the reality is that the Dubai police have a history of announcing vehicles or technology to the press that have little-to-no practical uses.

The UAE has one of the lowest crime rates in the world, partially due to the fact that some its laws and accompanying punishments are draconian. For instance, homosexuality, drug trafficking, and adultery are all punishable by death (by firing squad, hanging, or stoning), so it probably makes the police force’s work a bit easier. Still, the Cybertruck does look cool with this paint job.