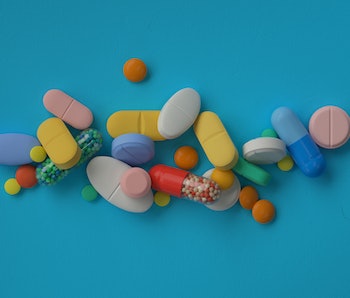 Lyn Ulbricht, the mother of Ross Ulbricht, is at the center of a complicated case. Ross, better known as the Dread Pirate Roberts and the creator of dark web marketplace The Silk Road, is currently serving two life sentences plus forty years for hacking, money laundering, criminal enterprise, and drug-related charges. Lyn has spent the years following her son’s conviction advocating for his release, and Donald Trump might make her dreams come true, according to The Daily Beast.

A last chance — Outside of a libertarian president in the near future or the Hail Mary of a habeas petition, clemency from Trump is Ross’s best chance to get out of prison. His case has already lost an appeal and the Supreme Court declined to hear it. His sentence is commonly viewed as excessive, but not completely out of line with even the reduced mandatory minimums that plague nonviolent offenders.

Many often point to the lesser sentences Silk Road drug dealers received without taking into account that Ross’s self-confessed creation of the platform they used would obviously result in a heavier sentence. Still, a sentence like this is absolutely intended to make an example of him and underscores how even the dark web is not free from government surveillance.

Trump is such a political wild card that it’s not unusual to imagine him not caring about the message the Justice Department is trying to send to cyber crimelords. Though Ulbright created a marketplace where illegal transactions thrived, the investigation into discovering his true identity included extortion and alleged entrapment by undercover law enforcement agents, eating away at the notion of a fair trial. At the same time, that entrapment included the accused attempting to pay someone to murder a former business partner.

A mother’s love — Ross’s case has been on Trump’s radar at least as early as February, likely thanks to Lyn. Input contributing features editor, Mark Yarm, chronicled her activism for BreakerMag last year, in which she acknowledged concessions she’s willing to make to get Ross’s story out there: “I really can’t be picky... But let me get clear: I’m not saying I would align myself with someone that I thought was evil or extreme.”

Lyn’s activism has centered around Ross, and while she’s aware that Black and Latino people are disproportionately sent to prison, she doesn’t “really tend to see it racially,” and thinks “it’s wrong for any human being” to be caged. It’s hard to square her White-Mom-Who-Doesn’t-Think-Her-Adult-Son-Should-Face-Consequences schtick with her abolish prisons-adjacent rhetoric, especially as she cozies up to Republicans to get her way.

Of course, most mothers would mount years-long campaigns to release their children from prison, and many Black and brown mothers do — without the sustained compassion Lyn has received or the means that allow her to move wherever her son is transferred and travel to speak on his behalf.

Still, her charisma and interest in continuing criminal justice reform advocacy even after Ross is released have endeared her to the likes of The Decarceration Collective and The American Black Cross, not just libertarians and crypto-bros. If she’s successful at swaying Trump, we’ll see how far her activism really stretches.