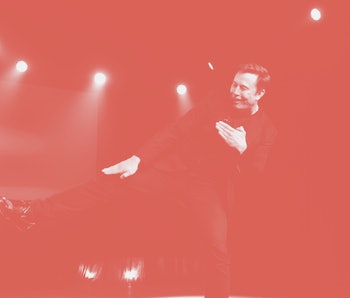 When Elon Musk broke stay-at-home orders to re-open Tesla’s Fremont factory, the public wondered: would the company’s promise to uphold social distancing protocols be enough to keep employees safe? We now have an answer, and it’s a resounding "no."

Workers at Tesla's California factory did indeed test positive for COVID-19 after Musk’s forced re-opening of the factory, according to employees familiar with the matter. Two anonymous workers told The Washington Post that supervisors held meetings with their teams to disclose that several cases of the novel coronavirus had been reported in the factory.

The affected workers were told to stay home once they’d tested positive. However, as we know well by now, COVID-19 is easily spread before symptoms present themselves — that’s one of the main ways the virus became a pandemic.

We’ve long known Elon Musk to be a megalomaniac. This is just further proof that his insatiable hunger for power and prowess negatively affects those in his path.

The plan was to social distance — When Alameda County eventually relented, allowing the Tesla factory to officially reopen, the main stipulation was that employees would follow social distancing protocols. The Fremont Police department would even check in to ensure those protocols were being enforced.

To that end, Tesla released a “Return to Work Playbook” with rules about how factory workers should behave during their shifts. It was never made clear whether public health officials took any part in the playbook’s creation. The playbook appears more like an effort to save face than one seeking to give practical health advice to employees.

Something’s fishy here — Okay, so it’s not surprising that Tesla employees have tested positive for COVID-19. We’ll never be able to trace whether or not those employees caught or spread the virus in a factory setting, but their chances of catching the coronavirus were almost certainly increased by going back to work. Factory work isn’t exactly conducive to social distancing.

The more pertinent issue here is that Alameda County has not had any reports of infected employees from Tesla. As part of its agreement with the county, Tesla said it would report all positive cases to the Alameda County Public Health Department. And yet none have been reported at all.

There are a few possible reasons for the discrepancy, and they’re all tied to slick loopholes. A spokesperson from the county says that technically Tesla only has to report cases where the employee is a resident of Alameda County. Since Tesla restarted its operations a week before it had reached an agreement, the company wasn’t technically required to report any known cases discovered in that first week back.

Musk and Tesla writ large have been focused on one thing only during this time: getting back to work. So we’re not shocked that unreported cases have been found at Tesla. Prioritizing profits and success over employee health has always been the plan. Given Musk’s history, that’s not going to change any time soon.