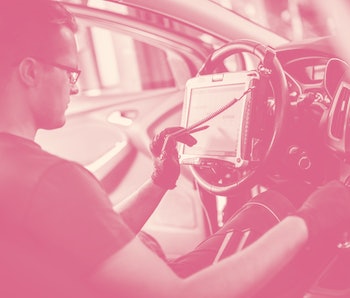 On Wednesday, Electrek reported on an email sent to Tesla owners dissuading them from supporting Question 1 on Massachusetts’ ballot. Question 1 aims to expand the state’s existing right-to-repair law to include telematics systems. Effective for the 2022 models onward, it would require vehicles sold in the state to essentially run open-source telematics, thus permitting independent repair shops to access vehicle data for diagnostics and repairs. Tesla asserts that the initiative would open its vehicles up to cybersecurity threats, a position supported by the National Highway Traffic Safety Administration (NHTSA).

Right-to-repair — Though these initiatives are nothing new (Massachusetts' law has been on the books since 2013), they’ve struggled to reach federal levels. The conversation splits into one about auto manufacturers and another for consumer electronics manufacturers with the latter movement built on the former. Highly anticipated EU legislation could tackle tepid repair protocols from major technology companies like Apple and Samsung, which have no incentive to allow for repairs by anyone when there's far more money to be made selling consumers new devices.

Digital Trends reported on both industries seeking right-to-repair laws earlier this summer, detailing how existing policies leave customers in the cold. When it comes to cars, the move to bring independent repair shops into the fold mainly serves to remove the shackles of manufacturer-only repairs. When the YouTubers behind the Gears and Gasoline channel got to borrow a Tesla, they got a flat tire in West Virginia. There are no official Tesla service centers in the state.

As vehicles get smarter, replacing parts isn’t that simple. Incorrectly jacking a Tesla could destroy its battery and even if you’re successful, you have to get the car’s software to accept the new part. Tesla has opened up its repairs process a bit over the years, but it can be prohibitively expensive for small shops to get access to diagnostic kits.

What about security? — When responding to the referendum’s language, the NHTSA considered it to be vague. The agency doesn’t find the initiative to be specific about the kinds of technology it would apply to nor how cybersecurity and privacy would be protected. Additionally, it doesn’t think Question 1 provides enough time for manufacturers to comply which could have adverse effects on Massachusetts residents’ ability to use their vehicles.

Though it should definitely be easier to get a new tire on Tesla on the fly, Question 1 needs to pump the brakes. A more effective way to tackle all right-to-repair issues has to occur on the federal level in order to protect the public on the road and off of it.