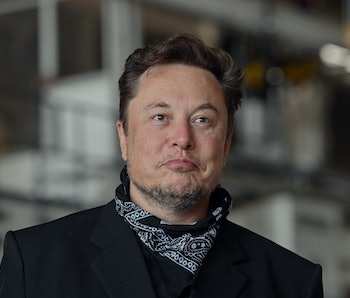 Less than two months after losing big in a racial discrimination lawsuit, Tesla is now staring down a similarly embarrassing — and potentially costly — legal challenge. Per The Washington Post, a Tesla 3 production associate at the company’s Fremont plant has filed for damages pertaining to the factory’s culture of “rampant sexual harassment” fostered by her coworkers (and the Technoking’s Twitter).

Jessica Barraza cites numerous horrid examples of catcalling, harassment, and sexual assault by male employees, whose behavior she says makes the space feel more like a frat house than a factory floor.

Throughout September and October, Barraza filed multiple complaints to Tesla’s HR department, but allegedly received no response or acknowledgment of the issues which saw her recently applying for medical leave, citing post-traumatic stress disorder. Multiple other female Tesla employees have already come forward to corroborate Barraza’s stories, as well as add their own.

Huh. It’s almost as if purposefully naming your car models to spell out “S3XY” appeals a certain kind of male bullshittery.

If only there existed a visual metaphor for this — So yeah, the news that Tesla factories are a hotbed of misogynistic asshats trolling women isn’t exactly a huge surprise, but thankfully, given the outcome of the recent racial abuse suit, we’re at least somewhat confident Barraza and her fellow whistleblowers will receive some form of retribution. For its part, Tesla insists that these are isolated instances, and that the company is doing its best to address and adapt to the issues at hand. To illustrate how that is going for them via visual metaphor, please enjoy this video of a Tesla repeatedly trying to kill itself and its driver while operating in the Full Self-Driving Beta.