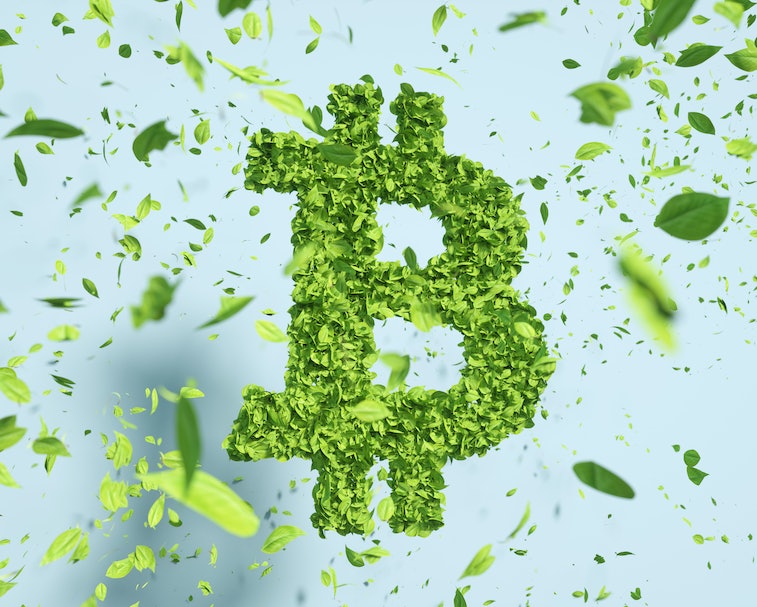 As interest and usage of cryptocurrencies, particularly Bitcoin, continue to dramatically increase, so does experts’ concerns over the strain its energy demands put on the environment. However, a joint venture by two cryptocurrency companies aims to address that worry in a potentially major way. A new memorandum of understanding (MoU) agreed to by Argo Blockchain and DMG Blockchain Solutions is set to facilitate mining of the world’s first “green Bitcoins” using primarily hydroelectric energy.

Announced in an official statement released over the weekend, “Terra Pool” aims to “expedite the shift from conventional power to clean energy and reduce the impact of Bitcoin mining on the environment,” by offering a means for clients to more sustainably mine Bitcoin, as well as other cryptocurrencies. “We are hopeful other companies within the Bitcoin mining industry follow in our footsteps to demonstrate broader climate consciousness,” explains Argo Blockchain CEO, Peter Wall, in the statement.

Tackling one of Bitcoin’s greatest faults — The environmental impact of Bitcoin and other cryptocurrency mining operations has long been a major, legitimate source of criticism regarding DeFi. Simply put, Bitcoin was not designed with scalability in mind, so the amount of computational power required to mine greater amounts of Bitcoin is burning through (what remains of) our natural resources. Recently, a report went viral arguing that the total amount of energy Bitcoin mining eats up is greater than many entire nations’ needs, including countries like Argentina and Chile. While counter-arguments remind critics of the vast energy consumptions needed for industries like transportation and even the mainstream financial markets, it’s still a difficult pill to swallow in this day and age... especially when you get shit like this happening.

Green mining, with some caveats — Argo and DMG’s project takes direct aim at these issues... or so they claim. As Tech Crunch explains, “The largest caveat, however, is that the equipment required to construct renewable energy infrastructure has a carbon footprint of its own.” In the end, the environmental costs of establishing, building, and maintaining Terra Pool’s hydroelectric power sources could conceivably make the entire operation a net negative. “For those that believe the utility of Bitcoin isn’t worth the energy spent to support it, not even a mining operation powered wholly by renewable energy can provide a solution.”

Still, as the old maxim goes, “You gotta spend vital natural resources if you want to make money.” Or something to that effect.