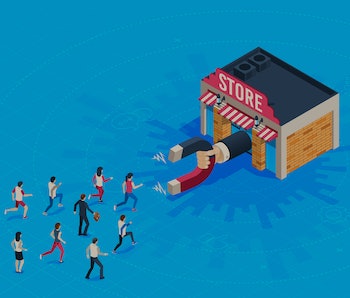 Following Walmart’s decision last week to shutter its doors on Thanksgiving Day over COVID-19 concerns, fellow big-box behemoth, Target, announced today that it will also be skipping this year’s orgiastic capitalist pre-game for the good of consumers and workers. Well, that's the official position at least.

“Historically, deal hunting and holiday shopping can mean crowded events, and this isn’t a year for crowds,” Target execs said in an official statement.

It marks the first time since 2011 that the megastore will not be open on Thanksgiving — a trend long criticized by labor activists for, you know, forcing underpaid retail workers to go into work and stare down deal-hungry shoppers instead of spending time with their own families.

Read between the checkout lines — It’s important to note that these statements from Walmart, Target, and what many predict will be an increasing number of other retailers, are only announcing a moratorium on Thanksgiving pre-Black Friday sales events, and not a cancellation of actual Black Friday plans, which appear to still be going on as planned.

In-store Thanksgiving sales first gained in popularity years back when online sales began to eat away at physical stores’ holiday season profit margins. Turkey Day events consistently ranked outside the 10 busiest days of the year for most businesses while simultaneously lowering profits from Black Friday itself. So, if you can believe it, it appears this wave of decisions isn't exactly coming from the good of shareholders’ hearts.

Going 'full force' with the festivities — While Thanksgiving sales events may be largely off the table this year, that won’t stop retailers’ larger holiday discount strategies. Macy’s CEO, Jeff Gennette, said recently that, while the company intends to pivot much of its Black Friday business towards online avenues, it still plans to go “full force” with marketing campaigns immediately after Halloween. Gennette described such strategies as staggering events to reduce customer foot traffic, which even if adopted by other big-box competitors, doesn’t exactly change the fact that they will be seeing literally thousands of people in and out of their shops at the outset of a flu season already overburdened by a once-in-a-century pandemic.

Walmart also recently said it's giving full-time employees a $300 bonus, while part-time workers can expect a $150 tack-on to their August 20 checks, which should just about cover an out-of-pocket visit to an emergency clinic, should they actually contract anything. Your move, Target.