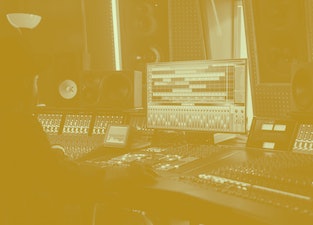 Spotify and other streaming apps have long endured mountains of criticism for the amount of money actually paid out to artists and songwriters, despite the services’ millions of subscribers. Yesterday, the major music (and podcast) platform unveiled its “Loud and Clear” website, a distinct page dedicated to a more transparent explanation of how royalties are paid out to its host of companies and individuals. In short: “Don’t blame us for shitty payouts to musicians. Blame their terrible contracts with labels and rights holders.” Not a direct quote.

Allow this straightforward, three-minute video to quickly spell out the minutiae of screwing people over.

It’s all up to the rights holders (says Spotify) — According to Spotify’s “How the Money Flows” explainer video, the company explicitly lays out that it “does not pay artists or songwriters directly. Instead, Spotify pays the rights holders,” adding that “in general, we pay them roughly 2/3 of every dollar” generated. These profits also go to record labels, distributors, aggregators, and collecting societies, but really, it’s the musicians’ and songwriters’ deals with those companies that determine just how much (or, more often, little) they see in return.

Payouts still vary wildly by types of artist — “In 2020, 1.2 million artists had over 1,000 listeners,” explains Spotify’s “Loud and Clear” site before illustrating examples of a few musician “categories” to breakdown the wide range of profits paid out to various people.

“Chart-Toppers,” for instance, are pretty much exactly what that sounds like: “The top 500 of all artists by listener numbers in 2020.” Last year, the royalty payout for these elite acts averaged around a jaw-dropping $3.7 million across their entire discographies. Meanwhile, the 286,000 or so “DIY” musicians (those distributing through an artist distributor and garnering more than 1000 listeners in a year) saw an average return of $4100... so, you know, barely a few months’ worth of rent. So that’s, um, something, we suppose.

Works fine for those at the top, as usual — It’s certainly a positive move for Spotify to release a clearer explanation on the inner workings of its payout systems, but that transparency doesn’t do much to address what we all pretty much already knew: the vast majority of professional artists are making abysmal returns on their thousands’ of hours of streamed content via Spotify and other similar platforms. Companies like Spotify are arguably still losing money, but that hasn’t stopped companies in similar situations such as Uber from taking over their respective industries, not to mention treating their own workforce like garbage. Transparency is only half the battle here, the other half is fostering a more equitable and sustainable economy for everyone involved.