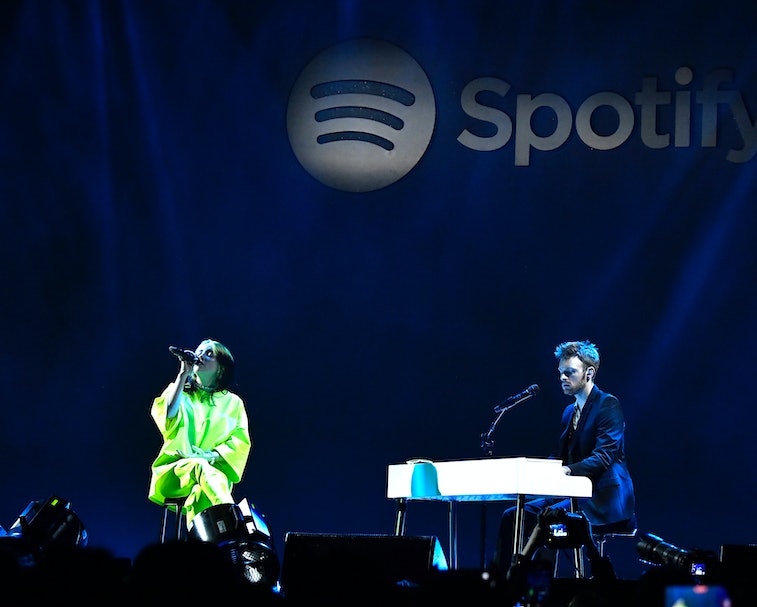 Spotify, after years of hemorrhaging money, finally yo-yoed into being a profitable company in 2019. Now that it’s had a taste, it wants more. Bloomberg reports the music streaming service is in talks to have the music industry pay to promote artists' songs within the app. Indie artists are concerned this will further weigh industry titans against them while major labels are wary about entering a “promotional arms race.”

Spotify wants its back scratched — The Recording Industry Association of America (RIIA) just announced the music industry is getting back to pre-smartphone revenue numbers thanks to streaming. As a pioneer of music streaming, Spotify has carried the burden of unprofitability for years.

Now, it’s hoping for a two-sided marketplace where artists can promote their songs in the app. Spotify already uses a tool called Marquee where artists pay at least $5,000 to notify their fans of new releases in-app.

“Partners are seeing how powerful and effective it is,” Beck Kloss, Spotify’s vice president of product and strategy for creators told Bloomberg. “We’re seeing repeat purchases from early customers, and on average, more than a quarter of users who see a Marquee listen to the promoted music, making it one of the most effective digital marketing tools available.”

Everything old is new again — Since music companies collect royalties on streams, this potential new ad revenue would be broken out so they’re not just paying themselves. This monetization plan, along with Marquee, is evocative of the pay-for-play or payola culture that pushed major label artists to stardom on the radio.

Spotify is also hoping to eventually break out podcast revenue which is cutting into subscribers’ music listening time. Music companies are concerned about not getting a slice of these new pies Spotify is creating for itself, but all its doing is taking a page from their playbook.