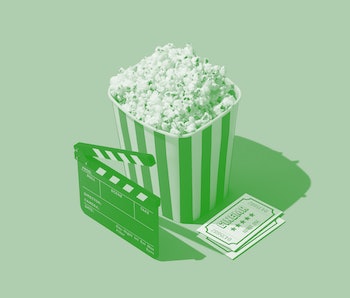 Daniel Ek is known for his naked ambition when it comes to Spotify's empire. The CEO of the company has prioritized quantity over quality, and naturally elicited criticism for the philosophy. But that hasn't stopped Ek from pursuing even bigger horizons.

According to an exclusive report by The Hollywood Reporter, Spotify and Chernin Entertainment have entered a multi-year collaboration that will adapt some 250 of the streaming service's podcasts and audio shows into Hollywood film and television productions. Over the past year, Spotify has aggressively promoted its podcasts and prior to this announcement, the company hinted at potentially turning toward video production. It's a clear indication of Spotify's goal to expand itself and possibly become a major rival for the well-established likes of Netflix, Hulu, and others.

The move is also a reunion as Spotify's chief content and advertising business officer Dawn Ostroff, according to The Hollywood Reporter, formerly worked with Chernin Entertainment's CEO Peter Chernin at Fox years ago.

Looking for the next big thing — According to Chernin, the entertainment group has been keeping an eye on Spotify as it views the streaming service ideal for adaptation. It's not new to watch podcasts turn into TV shows (incredibly successful ones at that, at times) but with Spotify entering the realm, Chernin Entertainment will seek even more independent audio shows in this $500 million partnership.

"If you’re an independent producer, the single most important thing in the world is IP," Chernin told The Hollywood Reporter. "I started thinking, ‘Wait a second. This is arguably the biggest collection — and certainly the fastest-growing collection — of IP in the universe today."

Dollar signs all around — "As we continue to expand our content ambitions, we are thrilled to collaborate with Peter Chernin, who, along with his exceptional team, are the perfect partners to help us share these stories with audiences across mediums and around the world," Ostroff said on Spotify's behalf. "Together, we can usher in a new era for podcasts as source material."

None of this is particularly shocking, as a good deal of rather addictive storytelling takes place on podcasts. Especially when it comes to independent and original storytelling, these audio shows give listeners a chance to tune into refreshing plots, at times unscripted entertainment, interesting perspectives, and often at no cost. Sure, we're being flooded with way too many shows right now but if this increases quality, we'll give this Spotify and Chernin collab a shot.