Spotify: Podcasts are down, 'household chore' music is booming 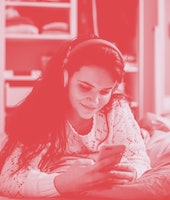 Spotify’s paid premium-tier user base hit 130 million in the first quarter of 2020, up 31 percent from this time last year. Even as the company’s number of paid subscribers continues to rise, Spotify forecasts a downtrend in revenue for the year’s second quarter, related mostly to a downtick in advertiser investment.

In its earnings report, Spotify also speaks to changing trends in how its users choose to listen — and in what they’re listening to. The evolution of Spotify user trends during the COVID-19 pandemic is an intriguing study in how streaming behaviors have changed as a consequence of quarantining measures across the world.

Routine changes — Some of Spotify’s reported changes in listener activity are what you’d expect from this period. For example, the company reports a significant decline in listening on Car, Web, and Wearable platforms, a direct consequence of the large number of people working from home right now.

During the same period, Spotify also saw an uptick in streaming through TV and game consoles, upwards of a 50 percent increase in some markets. Ad-supported users, in particular, are apparently using their game consoles to stream music more often now; Spotify says consoles have even been a top 2 streaming choice in some locations.

Spotify focuses on morning routines as the most significant cause of change in listener activity. “Every day now looks like the weekend,” Spotify says in its report, echoing a sentiment many across the world have been feeling. In particular, podcast streaming has been hit hard by quarantining measures, as many users listened while getting ready in the morning or commuting to the office. News podcasts have seen an uptick in listener activity, though.

Music to manage stress — Spotify has seen a spike in “chill” and instrumental music since the onset of the COVID-19 pandemic, the company notes. Two in five consumers surveyed in the U.S. said they’re using music more than ever to manage stress, which explains this increase.

Spotify has also seen an uptick in playlists intended for household chores and kids, as well as wellness and meditation podcasts.

Spotify still loves freemium — While Spotify’s paid subscriber base saw an overall increase this year, the company also reported that lots of users are leaving the premium tier because of the pandemic. One in six respondents to the company’s exit survey in the U.S. cited COVID-related reasons for canceling, with more than 80 percent saying they would renew once the situation would improve.

Spotify says it values its “freemium” tier more than ever because more than 60 percent of paid users start with the free version. More than 150 million of Spotify’s total 286 million monthly active users operate on the ad-supported tier.

Despite the world’s financial woes, people are flocking to Spotify for calming and distracting content more than ever. That’s good news for the company, which expects to continue growing during quarantine.