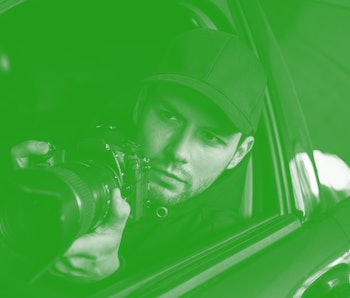 Spotify is facing some heavy criticism for allowing victims of abuse to be further harassed via its platform. The problem boils down to Spotify’s unwillingness to listen to customers’ pleas about implementing basic safety features like the ability to block other users. For victims of harassment, this can be the difference between peacefully enjoying their music and battling predators, stalkers, or other pests.

Forbes reports that Spotify is well aware of this problem and it’s not one that’s gotten any better since privacy advocates have brought the topic up with the company directly.

“Spotify takes our users’ concerns very seriously,” a Spotify spokesperson said. “Users can reach out to our Customer Support team to permanently remove an account from their followers list.”

This isn’t exactly a satisfactory answer for those worried about their privacy and potential harassment. There’s no way to take control of your own followers list on Spotify — a basic feature that every other major social media service allows for.

The issue is amplified by Spotify’s increasingly invasive features, like the addition of artificial intelligence for listener surveillance. Spotify is presenting a pretty damning image here: a company that would rather stick to its guns for profits’ sake than protect its users and defend their privacy.

Just give us a block button — Spotify is a social listening experience by design, but it’s a very poorly designed social experience. The only way to keep your listening sessions private is to turn on a private session every time you open the app — and there’s no way to make them private by default.

Once someone follows you on Spotify, they can see every listening session, all your followers, and any playlists that have been made public — which, of course, they are by default. There is no block button. And, to make matters worse, many people link their Facebook accounts to Spotify, and any blocks from Facebook don’t carry over.

This is the same issue Slack stared down recently when it unveiled a new feature allowing people across various teams to message each other without a message even being accepted first. Prompted by public outrage at the feature’s potential for harassment, Slack quickly removed it.

Not a new issue (not by far) — Spotify has been aware of this problem for a long time. Forbes reports that many, many users have posted on the official Spotify forum asking for a simple block feature to be implemented, or, at the very least, for there to be an always-on private mode.

“I was the victim of a violent crime, the perpetrator being someone I knew and whom I can now not remove from my Spotify,” one customer wrote on the Spotify forum. “While this may not be an issue for you, it’s a very big one for me.”

Spotify has never made it clear why it refuses to implement such a base-level feature even in the face of all this criticism. Meanwhile, the company continues to create new features that show off the wealth of data it’s collected on listeners over the years.