Spotify CEO is sorry about Joe Rogan, but not sorry enough to remove him

“I want to make one point very clear — I do not believe that silencing Joe is the answer.” 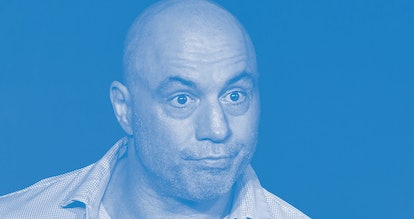 This whole Joe Rogan experience has been so exhausting that it’s reduced me to making wordplay jokes on his controversial, $100 million podcast’s title as a distraction from how infuriating it is watching Spotify do virtually nothing to address the show’s ongoing COVID misinformation, transphobia, and past casual uses of racial epithets. And yet, The Joe Rogan Experience keeps forcing us to experience it.

Spotify CEO Daniel Ek is very sorry about the ongoing controversies. “Deeply sorry,” in fact. But that’s about all he is, according to his letter written to employees and shared by a spokesperson to The Wall Street Journal earlier today. “There are no words I can say to adequately convey how deeply sorry I am for the way The Joe Rogan Experience controversy continues to impact each of you,” Ek writes, before stipulating that he wants to “make one point very clear — I do not believe that silencing Joe is the answer.”

Instead, Ek announced Spotify is committing another $100 million “incremental investment” to music and content from “historically marginalized groups.” That basically cancels the whole thing out, right?

Pull up those numbers, Jamie — As it stands, there’s really no conceivable way Spotify will go much further than endorsing Joe Rogan’s decision to remove 113 problematic episodes since last Friday, according to one of the saddest tracking sites in existence. $100 million is company-shattering numbers here, and deplatforming Rogan would reportedly take away Spotify’s number 1 show in at least 93 different markets, according to the company itself.

Rogan, meanwhile, has since seen his audience numbers increase an estimated 75 percent between September 2020 and December of last year. Rogan has apologized multiple times for using the N-word repeatedly on past podcast episodes, describing the usage as “horrible, even to me,” a clarifier so absurd and telling that it boggles the mind. But, of course, it’s not like he’s gonna throw in the towel on his unlikely moneymaking empire, either. And so the experience continues.