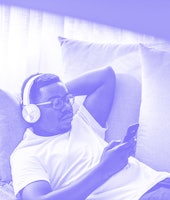 Spotify, unsatisfied with its current domination of the audio scene, looks to be considering an expansion into audiobooks. The company announced this week its decision to acquire Findaway, an audiobook distribution company, for an undisclosed amount.

Spotify’s ultimate goal is to be your go-to for everything audio, says Gustav Söderström, Spotify’s Chief Research and Development Officer. He says the purchase “will accelerate Spotify’s presence in the audiobook space” and help the company meet that ambitious goal.

Findaway isn’t an audiobook company in the same way industry-leader Audible is; it’s essentially an audiobook distribution center. You won’t find a Findaway streaming app to purchase and play audiobooks. Findaway has the rights to a large catalog — something like 400,000 titles in 80 languages — which it can deliver to providers like Apple, Google, Scribd, or Kobo. Now that entire catalog belongs to Spotify.

The global audiobook industry is expected to grow from its current $3.3 billion to $15 billion in the next five years or so, according to the company’s estimates. Spotify is suddenly a major player in that market.

Coming to an app near you — Spotify hasn’t released many details at all about this deal. What it plans to do with Findaway is still very much under wraps. Essentially what Spotify has told us thus far is that it plans to bring “everything Spotify knows around personalization and discovery” to audiobooks. We’d place our wagers on a new audiobooks section coming to the Spotify app in the not-too-distant future.

That integration could take a while to implement. In the meantime, Spotify could potentially offer subscribers a way to access audiobooks with their credentials on other distribution sites that have partnerships with Findaway. Spotify already offers users access to Storytel — one of Findaway’s partners — through its Open Access Platform.

Can audiobooks be the next podcasts? — Music is still the largest sector of Spotify’s business, but podcasts have proven to be an enormous boon to the company’s growth in the last couple of years. Spotify’s impressive acquisitions in the podcast space — like Ringer and Megaphone — really kicked off an entirely new era for the streaming app.

Spotify’s investments in the podcast market have proven more than worth their weight in gold. Podcasts are now an integral part of the Spotify app. And the company consistently credits its broad podcast selection and discoverability algorithms as one of the main motivators for converting free customers to paid ones. Audiobooks could bring in entirely new audiences for Spotify.

The Findaway acquisition is expected to close by the end of the year pending regulatory approval. But then it’s full speed ahead. Adding audiobooks really would make the Spotify app a go-to space for just about every type of audio content available on the internet. And, of course, there’s live audio integration in the works, too.