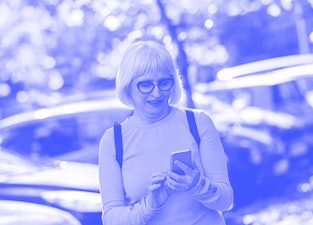 Signal, one of the best-encrypted messaging apps available, was downloaded more than 7.5 million times last week, following WhatsApp’s announcement that it would soon require users to share app data with Facebook, its parent company. That’s an increase of approximately 4,200 percent over the previous week’s downloads.

WhatsApp has been owned by Facebook since early 2014, but it wasn’t until just this year that the company updated its policies to include data-sharing with Facebook. The policy update will go into effect on February 8 whether or not WhatsApp users are amenable to the idea.

Since the announcement, WhatsApp has clarified that the change “does not affect the privacy of your messages with friends or family in any way.” As you might expect, this isn’t exactly true — there are indeed privacy changes coming to WhatsApp, which is exactly why the company put out an in-app notification about it.

Signal’s top-notch security and privacy-saving measures make it the perfect balm to WhatsApp’s new policies. That could prove to be WhatsApp’s downfall.

“We want to address some rumors and be 100% clear we continue to protect your private messages with end-to-end encryption,” the company wrote Monday, also issuing the graphic above.

Slick graphic aside, WhatsApp will be sharing user data with Facebook beginning on February 8, that much is clear. The app may not keep logs of location data or private messages, but that data is being used by Facebook for something — hence the policy update — and whatever that something is, WhatsApp is not being forthcoming about it.

A more secure future — Signal isn’t the only alternative to Facebook’s suite of messaging apps, but it is one of the most secure, and the one least likely to sell to a big tech company or add ads down the road. It offers voice calls and video calls, too, so it's not a difficult switch to make from WhatsApp. It makes sense that it would have seen so many new downloads in response to WhatsApp’s policy update. The app’s downloads were also likely aided by Elon Musk, who tweeted simply “Use Signal” last week.

Telegram, another encrypted messaging service, was also downloaded 9 million times last week. That’s a 91 percent increase from the previous week. But Telegram has been making noises about eventually adding advertising to its service, so if you're concerned it might go the same way as WhatsApp, Signal remains your best bet. Both Signal and Telegram’s biggest boosts came from users in India, according to data from Sensor Tower.

Facebook is notorious for its failures on many different levels, one of which is user privacy. WhatsApp seems to be going the way of Oculus— a stellar product weighed down by its parent company's growing insistence on further intertwining its products, likely in an effort to make it more difficult for regulators to break it up. That could be the app’s downfall.