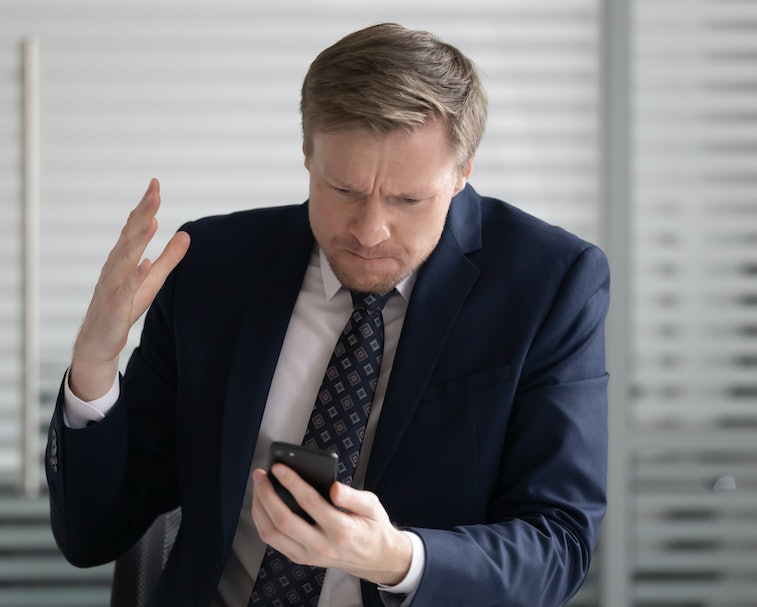 We don’t know if you heard, but Twitter’s co-creator, Jack Dorsey, is stepping down from his role as CEO. Per his own announcement earlier today, Dorsey also noted that the social media platform’s CTO, Parag Agrawal, is being promoted to fill the company’s top role. We honestly don’t know a whole lot about Agrawal other than that he started at Twitter as an engineer in 2011 before eventually making his way up the corporate ladder, but hey, he looks like a very friendly guy, so good luck on managing that dumpster fire.

Of course, the conservative blowhards constantly crowing about shadowbanning (despite obvious evidence to the contrary) wasted no time in trying to dredge up dirt on Agrawal. The best they can offer so far? This tweet from 11 years ago which they claim is proof the guy hates white people.

It’s not, obviously. It’s simply Agrawal quoting a bit from The Daily Show, and it’s actually a totally reasonable and well-articulated statement against racism.

Nice try, guys — So, the tweet in question here is literally Agrawal quoting someone else (see: the goddamn quotation marks). The slightest bit of online sleuthing reveals it’s a line taken from a 2020 episode of The Daily Show featuring Larry Wilmore and Aasif Mandvi debating who gets racially profiled more: Black people, or Muslims. And guess what? It’s a pretty funny bit.

Near the sketch’s conclusion, Mandvi makes the extremely valid point that “If [scared white people] are not gonna make a distinction between Muslims and extremists, then why should I distinguish between white people and racists?” And... that’s it. That’s the tweet.

Guess which part is being amplified — Of course, conservatives are either A) reading the tweet in a very telling, completely wrong way, or B) not providing the full context for the tweet’s latter portion. It’s so blatantly obvious that Agrawal was merely supporting the notion that stereotyping entire demographics and distilling them down to their worst examples. To argue it any other way is not only a desperate attempt at a bad-faith smear campaign, it’s ironically also low-key racist by drumming up “radical left” associations for a brown person in power. Nice try.