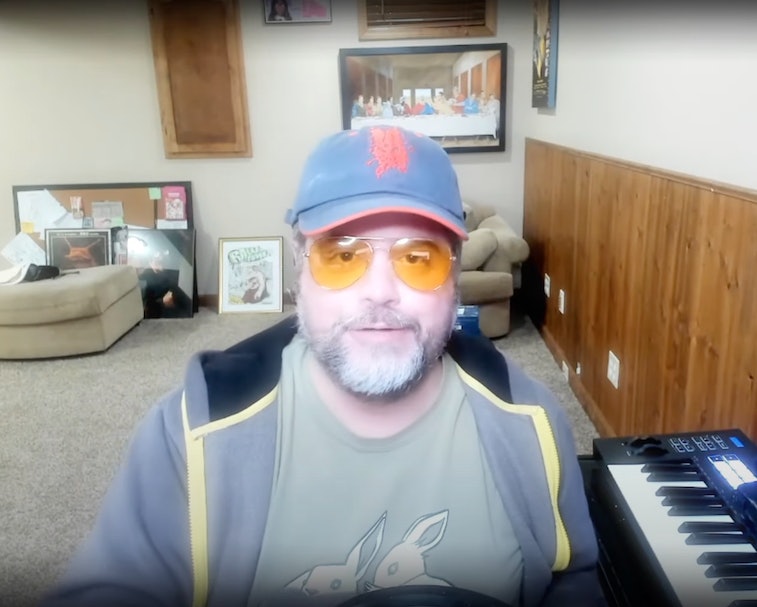 CW: This article contains a brief discussion of suicide.

Something Awful creator Richard “Lowtax” Kyana has died. One of the site’s well-known administrators, Fragmaster, posted on the site to break the news.

“I guess I should preface this by saying this isn’t a joke especially since I’m posting for like the first time in 10 years or something,” Fragmaster writes, “but I got the bad news today directly from Rich’s family. Lowtax has passed away.”

Fragmaster goes on to say that he didn’t ask Kyanka’s family for any details of his death and that he wouldn’t be sticking around to share the answers. Despite Fragmaster’s preface, quite a few users in the thread below wonder aloud whether or not the news is fake. Fragmaster posted a eulogy to YouTube as well.

But the news of Lowtax’s passing was also confirmed in a lengthy comment (CW: suicide) posted by his second wife, who goes by the screen name “LadyAmbient.” Her post is quite explicit; she details a turbulent divorce process — she says she received a ruling in her case this week, in fact — and specifies that her attorney confirmed that Kyanka had died by suicide.

An early, tight-knit community — Kyanka created Something Awful at the turn of the century as a pet project of sorts. He already had something of a loyal fanbase as an internet comedian, at that point, so it wasn’t too difficult to bring on an initial community of posters.

And that community is really what helped Something Awful rise to infamy. The fact that the site charged $10 for access to the full set of forums both allowed the site to bring in a bit of revenue and kept the community somewhat insular. Non-members could access some content, yes, and plenty of jokes and memes made their way to other corners of the internet, but for the most part, this was a members-only affair.

Some good things, some awful things — As the site grew in size, so too did its internet prowess. The Something Awful forums became a think tank of memes and marginalia. The Slender Man urban legend that would go on to be the subject of multiple movies started on Something Awful; Twitter celeb dril got his start on the forums; 4chan’s creator was a forum member before launching his own site, too.

But the forums weren’t always quite so lighthearted. When Kyanka made the rare interview appearance, he spoke of the site’s various dramas, its many trolls, how he had to step away from the forums in 2005 after receiving death threats to himself and his children. Kyanka himself was accused of assaulting his wife last year, and the details of the drama apparently played out on the forums in great detail.

Today, Something Awful has more than 200,000 registered users. Kyanka sold the site about a year ago.