“In many of the study participants, we observed more changes to the immune response in e-cigarette users than we did in smokers.”

Meghan Rebuli, assistant professor at the University of North Carolina School of Medicine, 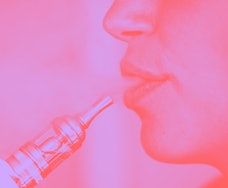 People who vape or use e-cigarettes are more likely to have weakened responses to infections like that of the influenza virus and even COVID-19, according to a controlled study involving people who smoke, people who don’t, and e-cigarette users. The study comes from North Carolina of Medicine, which was published in the American Journal of Respiratory Cell and Molecular Biology, noting that vaping has a significantly different impact on the immune responses in its users.

It’s the genes and the creation of certain proteins in our respiratory cells and antibody production that takes a hard hit from vaping, researchers found. According to the assistant professor Meghan Rebuli at the University of North Carolina School of Medicine, “In many of the study participants, we observed more changes to the immune response in e-cigarette users than we did in smokers.”

“All of these factors have the potential to adversely affect response to a virus and immunity post-infection,” Rebuli added. “While we used influenza as a model, this suggests that e-cigarette users are likely more susceptible to respiratory viruses than are non-smokers, and this likely includes SARS-CoV-2, the virus that causes coronavirus disease 2019 (COVID-19).”

What the research notes — Aerosols via vaping, according to the researchers, has a detrimental effect on the protective mucosal layer inside your respiratory tract. Of course, as studies have repeatedly established, smoking already increases your chances of getting cancer and cardiac disease alongside other lung issues. But only recent studies like this one have pointed to e-cigarettes being related to suppressed immune responses, which is particularly cause for concern during the ongoing pandemic.

That's especially true when it comes to our nasal mucosal immune responses, as viruses like COVID-19 hit the nasal cavities, compromising cell replication and increasing transmission to other people due to weakened immune memory.

Although it was presented as a "healthier" alternative to regular tobacco smoking, vaping has increasingly elicited criticism and medical concern over the past few years. On social media, giants like Instagram and Facebook have attempted to curtail the social appeal of the activity by banning content depicting vaping and tobacco products. Politicians, too, have spoken against it, with the Trump administration initially seeking to ban all e-cigarette flavors and then stepping back from its bold claim only to pass exemptions for vaping industry giants like Juul Labs.

Researchers refrain from calling this a definitive study on vaping, noting that they're not clear if vapers are uniquely susceptible. But the decreased gene expression is disturbing and clearly demonstrated. "We know we never want to see suppression of genes, proteins, and antibodies involved in our immune response," Rebuli said. "And this is what we see in our data related to smoking and e-cigarette use."