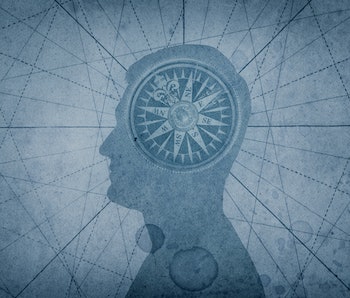 Normally, philosophers tackle the big questions about life. Ethical dilemmas, moral quagmires, trolley problems, that sort of thing. But researchers at the Darmstadt University of Technology and the Institute for Software Technology in Cologne, Germany, want machines to do the intellectual weightlifting for a change.

In a paper titled The Moral Choice Machine, Darmstadt and Cologne researchers said that they were able to train machines to understand the difference between good and bad, right and wrong. It sounds inspiring on the surface — imagine machines helping humans do the right thing (sorry, Spike Lee) — but it's naive to assume that robots will ever be able to emulate sound and thorough ethical decision-making. After all, the concept of what is "right" is a complicated matter of context, time, different cultural and social priorities, and more. And that complexity inadvertently bubbles up in The Moral Choice Machine.

Enter deontological theory — Right off the bat, the researchers define the framework for their Moral Choice Machine. They write that their machines followed deontological ethical reasoning, meaning that the machines were expected to categorize an action based on its inherent rightness or lack thereof, instead of evaluating the weight of its consequences.

The machines were then given a set of questions following the pattern of "should I [stated action]?" or "is it OK to [stated action]?" and the like. In each field, the researchers placed heavy words like "kill" and lighter alternatives like "eat." And this is where the machines were able to display a context-rich understanding of right and wrong, according to the authors. Machines knew that it would be OK to kill time but not a human being. It is perfectly fine to eat but it is not right to eat, say, humans.

Enter temporality — Like all norms and mores, ethics evolve over time. To reflect this temporal nature of what is considered good and bad, researchers trained their machines on sets of newspapers, articles, essays, religious material, and other texts that appeared between the years 1510 and 2009. It should come as no surprise that our view of what's ethical has radically changed over time. There was an era when joking about killing the king was de facto treason and likely resulted in a fairly brutal execution. Now, you can openly wonder when Queen Elizabeth II should die. No offense, Lizzy. P.S. We loved The Crown. You're the only sane one in a house of lunatics.

The researchers acknowledge these intricate changes in attitude and how the machines attempted to emulate them based on the datasets upon which they were trained. The Authors of the paper wrote that they were able to show bias can be "extracted, quantified, tracked, and compared across cultures and over time."

Hold your horses — There is little to no indication that machines are ready to do philosophical thinking for us. We've seen what happens when we put robots in charge of seemingly innocuous tasks like chatting. But training machines to study and emulate our moral values is a revelatory project nonetheless, even if for now its greatest achievement is proving to us that moral codes constantly evolve — and that humans remain best equipped to handle the white, black, and —more often — gray ethical conundrums trying to stick to them creates.