Report: Google fired an employee for sending others required info about labor rights 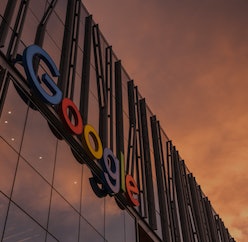 Google is apparently firing people for doing their jobs now. Kathryn Spiers, a (former) security engineer at Google, was put on administrative leave and then later fired for sending an internal browser pop-up to Google employees about labor rights, The Verge reports.

Just doing her job — As part of her daily responsibilities, Spiers wrote and sent web browser notifications to internal teams at Google. These informational messages would pop up for relevant employees as they completed their work. In the past, for example, Spiers had sent pop-ups about being responsible with data. And her performance reviews have always called her work “superb” or “strongly exceeds,” according to a blog post Spiers published today.

On her last full day at work, Spiers set an internal message to be shown when users accessed the website for Google’s law firm or the site for Google’s internal worker guidelines. The message read: “Googlers have the right to participate in protected concerted activities,” along with a link to a labor rights notice.

Suspended without warning — Spiers says she was interrogated her three separate times about organizing activities. She was not allowed any time to consult with a lawyer. According to Spiers, her interrogators asked on eight separate occasions whether she had set out to disrupt the workplace.

And, Spiers said, Google had been mandated to post the linked labor rights notice. She also states that she had gone through all the proper approval channels before posting it.

A Google spokesperson said the content of the message was not the issue: “We dismissed an employee who abused privileged access to modify an internal security tool. This was a serious violation.” The spokesperson would not confirm Spiers’ termination.

Offensive tactics against workers — As Spiers notes in her blog post, Google is making a concerted effort to squash its workers’ voices. Last month, the company fired four employees for what Google called violations of its data security policies. Google employs a law firm known for taking part in anti-union activities.

“Google is resorting to firing those of us who organize and assert our collective voice because it is afraid,” Spiers wrote in her blog post. “I encourage everyone in tech to stop giving management the benefit of the doubt.”