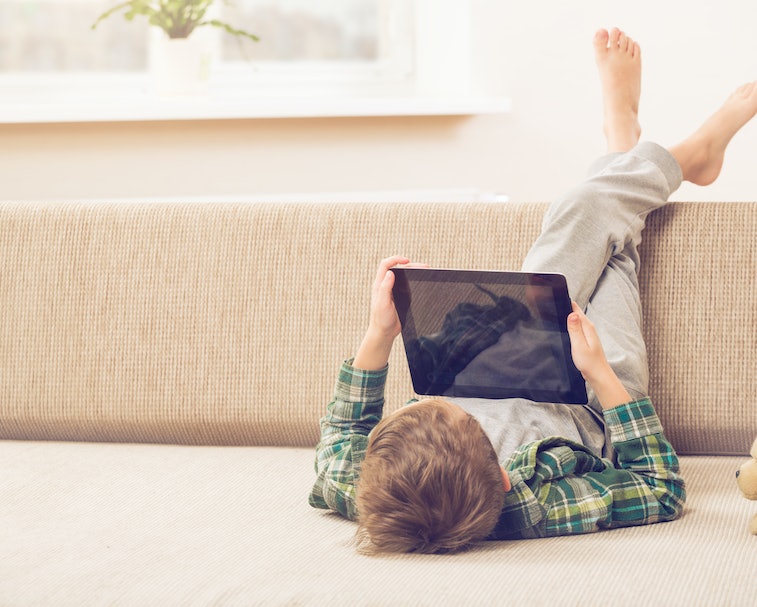 Letting your kid pass the downtime playing smartphone games probably isn’t ruining their social skills. Despite the common criticism that technology is hindering kids’ ability to interact with the real world (“When I was your age I made friends at the park and played in the streets until sundown,” etc. etc.), research suggests children today are socializing just fine.

A new study comparing parent and teacher evaluations of kids’ interpersonal skills in the pre-tablet era and the 2010s found little difference over the years despite the rise in screen exposure. In some cases, groups born in more recent years even demonstrated an improvement.

Moderation is, of course, a key player with screen time as with any other vector of indulgence. But as parents turn increasingly to tablets and other devices to keep their kids occupied — especially now that the world is at a standstill — and face judgment from parent-shaming peers, the findings should come as some welcome reassurance.

Nothing to lose sleep over — In the study published this week in the American Journal of Sociology, researchers from Ohio State University analyzed data from The Early Childhood Longitudinal Study, a program conducted by the National Center for Educational Statistics which checks in with students periodically from kindergarten to fifth grade. The team focused on two groups: kids who started 1998 and kids who started in 2010. That gave them a pool of 32,550 students, with 19,150 and 13,400, respectively.

Over the course of that early schooling period, students were each assessed a total of six times by their teachers. Side by side, the differences turned out to be pretty bland. And that's a good thing.

“In virtually every comparison we made, either social skills stayed the same or actually went up modestly for the children born later,” said lead author Douglas Downey, an Ohio State professor of sociology. “There's very little evidence that screen exposure was problematic for the growth of social skills.”

The kids in both groups showed similar social development even when accounting for those with the most and the least screen exposure. Only when kids were repeatedly signing back on many times throughout the day did the researchers see a decline. "But even that was a pretty small effect," Downey said. "Overall, we found very little evidence that the time spent on screens was hurting social skills for most children." In essence, as long as your kid isn’t overdoing it they'll likely be just fine in the long-run.

Give parents a break — Sure it can be frustrating to see a kid glued to an iPad on the first nice-weather days of spring. But at the moment, we’re more grateful than ever for the internet and access to connected devices as isolation drags into a second month. Families were still able to get together for Passover and Easter, albeit over video chat. So if a little screen time here and there is what keeps a kid happy (and gives parents some time to breathe), then let it be so.

“There is a tendency for every generation at my age to start to have concerns about the younger generation,” Downey said. But if anything, the researcher notes, kids today have an even broader social scope than the ones before them, as they now communicate both online and face-to-face. The concerns, at the moment, just come across as "moral panic."

“The introduction of telephones, automobiles, radio all led to moral panic among adults of the time because the technology allowed children to enjoy more autonomy,” Downey said. “Fears over screen-based technology likely represent the most recent panic in response to technological change.”

You can read the full study here.

Abstract: Many social commentators posit that children’s social skills are declining as a result of exposure to technology. But this claim is difficult to assess empirically because it is challenging to measure “social skills” with confidence and because a strong test would employ nationally representative data of multiple cohorts. No scholarship currently meets these criteria. The authors fill that gap by comparing teachers’ and parents’ evaluations of children’s social skills among children in the Early Childhood Longitudinal Study 1998 and 2010 cohorts. The authors find no evidence that teachers or parents rate children’s face-to-face social skills as poorer among more recent cohorts, even when accounting for family characteristics, screen time use, and other factors. In addition, within cohorts, children with heavy exposure to screens exhibit similar social skills trajectories compared to children with little exposure to screens. There is a notable exception—social skills are lower for children who access online gaming and social networking many times a day. Overall, however, the results represent a challenge to the dominant narrative that social skills are declining due to technological change.