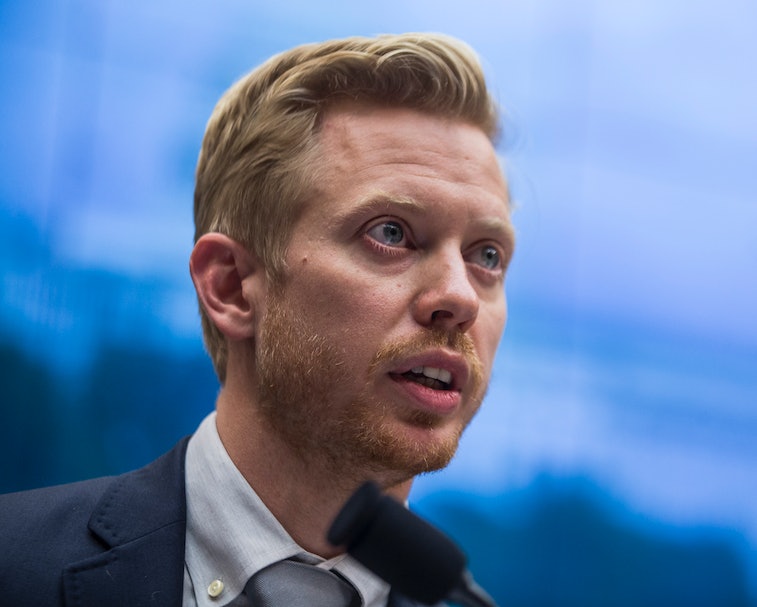 Huffman brought up his concerns over the app after another panelist said Silicon Valley startups could learn something from TikTok’s success.

“Maybe I’m going to regret this,” he said, “but I can’t even get to that level of thinking with them.”

Huffman’s concerns have been echoed by many — U.S. government officials have called it a “threat to national security” — but they’re mostly unfounded.

These concerns are deep-rooted in fear of China — About a year ago, Peterson Institute for International Economics published a report calling TikTok a national security threat. The report centers on privacy concerns in China, rather than on the mechanics of TikTok itself. Peterson essentially called the app a threat because of its growing popularity and because its parent company, ByteDance, is legally obligated to share any requested data with the Chinese government.

ByteDance has made it clear that none of its data is stored in China. But Peterson’s report was enough to pique the interest of the U.S. public.

At least two investigations are ongoing — At least three U.S. senators have requested for TikTok to be investigated on a national level. Senator Marco Rubio asked the Committee on Foreign Investment (CFI) to open an investigation in October; not long after, senators Chuck Schumer and Tom Cotton wrote a letter to the Director of National Intelligence asking for a security review as well. Both the CFI and U.S. Army Secretary Ryan McCarthy agreed to the requests and opened investigations.

But hard evidence is hard to come by — Neither of the ongoing investigations has released any results. High-level executives, such as Reddit’s Huffman and Facebook COO Sheryl Sandberg are willing to publicly condemn TikTok a threat, but none have brought hard evidence to the table to back up their claims. Instead, abstract “security concerns” are cited and re-cited — and they’re beginning to come off more as alarmist than realistic.

Steve Huffman could be right. Maybe TikTok will turn out to be a real security threat to the United States. But as of right now, there’s no real evidence to back up these claims. Executives’ words are powerful, and they would do well to wait for hard evidence before using such alarmist language.