Quibi’s subreddit is the saddest place on the internet 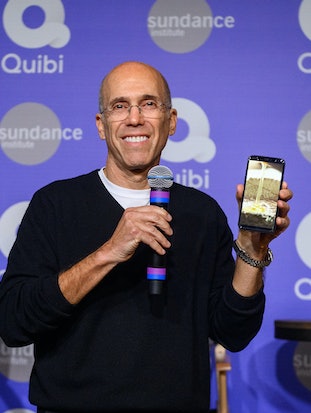 The number of users subscribed to r/Quibi.

The subreddit for Quibi has 796 members.

If you've been asleep for the past few months (and if you have, we have a lot more to discuss than Quibi), you're probably unfamiliar with Quibi. Short for "quick bites," this brand new app features short-form streaming series meant to be watched in 5-10 minute increments on a cell phone, featuring some of Hollywood's biggest names. Apps? People love them. Hollywood stars? Generally known for having fans. Streaming services? Everyone's bingeing away as we speak. So why doesn't anyone like Quibi?

By rights, Quibi should at least have the kind of modest success for which you can make excuses. But following the lackluster premiere of the $1.8 billion platform — and 92% of users choosing to cancel rather than subscribe following their three-month free trial — leadership has blamed the company's failure on the global pandemic. Unfortunately for investors, that narrative runs counter to the skyrocketing audience metrics seen by competitors like Hulu, YouTube, Netflix, and TikTok. It's hard to give Quibi a pass when HBO Max, which launched with confusing branding and almost no notable original series after Quibi, has seemingly found a user base. HBO Max's subreddit, one of many subreddits for HBO's various splintered offerings, has 11,300+ members.

Subreddits tend to be a fairly objective place for gauging the enthusiasm for basically anything on the internet. From Westworld to Real Housewives to woodworking to skincare, subreddits are generally the first stop for fans of a service, franchise, or hobby outside the geriatric circles in Facebook groups. If there is a fandom, or even the possibility of a fandom, entrepreneurial posters will secure moderating control of a topic as quickly as possible in the hope that as a community arises, they'll have prominent positions of power within them. In comparison to literally any other cultural artifact of its scale, r/Quibi is comically empty.

The most popular post on the subreddit is an announcement for the Quibi reboot of Comedy Central's cult show Reno 911! that's secured 42 upvotes and 5 comments. For comparison's sake, a sneak peek of the show on YouTube is sitting pretty at 333,000+ views. It's pretty easy to conclude that there's excitement for the idea of a Reno 911! reboot, just not about it coming from Quibi.

The rest of the sub can generously be described as a mix of limp astroturfing and complaints about the platform's technical issues, lack of content, or its very concept. One "popular" post is simply titled "Screen Mirroring Please?!" and consists of users begging the app's product team to allow them to watch their quick bites on any screen except the Quibi app on their phone. Quibi eventually caved to these demands, essentially admitting that its core concept wasn't good in the process. Other popular posts include "Mobile Only is The Problem" and "Quibi needs like a huge blockbuster series to drag in a more mainstream audience."

"Seasons are way too short," complains one user who, while enjoying the shows on offer, "thought that it would have the length of a normal TV season, but more spread out due to the daily release model. Instead, seasons have only 10-12 8-minute episodes." Essentially saying that, while they enjoy the format of television, they don't enjoy the format of Quibi. "I just don’t see that strategy generating lasting fans for any show because by the time the show comes back next year most people will have already forgotten about it," they added. Yes, that would seem to be a huge flaw for a service looking for daily, longterm users. You know where you can get short clips of mobile content posted daily? TikTok. Because TikTok is user-driven, creators are motivated to serve their audiences at whatever pace they demand, rather than at whatever pace Hollywood and Silicon Valley can secure investment funding.

Unless, of course, they're a moderator account invested in r/Quibi's potential growth into a powerful subreddit. These users regularly take it upon themselves to apologize for the service, email customer support with tips for making the platform more usable, and hype up discussions of shows which nobody participates in.

All of which is to say nothing of the transparent astroturfing done by users who created their accounts around the time of Quibi's announcement and have only ever posted about how much they love the platform. Since the advent of r/Astroturfing and r/hailcorporate — forums where people document and laugh at companies' attempts to hype themselves up on the platform — modern astroturfing is generally sophisticated enough to disguise itself by using more well-rounded accounts who engage with other content on the site. Quibi, as is its custom, does not seem savvy enough to understand this, and the result is a bizarre echo chamber of accounts posting back and forth with each other about how excited they are for Die Hart, starring Kevin Hart, before moving on to their next client demand in r/AppleTVPlus.

While it's incredibly easy and fun to dunk on Quibi for its failures, perhaps it's most valuable to look at Quibi as a case study in what drives success for digital media. Perhaps if Quibi had been less tied to the corporate vision of two boomers who don't like the internet or television, it'd have some understanding of how and why users enjoy either of those things.

With a decline in religion and education and a complete absence of physical companionship in our pandemic-riddled dystopia, many people flock to fandoms for an immersive escape from the shitshow that is their daily lives. A sense of community can't arise if these cultural refugees aren't given enough shared experiences to dissect and reflect on as a group. How do you recap an 8-minute slice of a home renovation reality show? What's the common language between two viewers of a 10-minute anthology episode? Who is logging on to broadcast their excitement that Chrissy Teigen was wildly overpaid to cosplay as a judge for 5 minutes?

Soon Quibi will shutter its doors and sell whatever contracts it has with its deep bench of stars off to Peacock or some other craven media enterprise vying for our attention. But we will always have the monument to America's misguided values and the concept of "failing upward" that is r/Quibi, the saddest place on the internet.