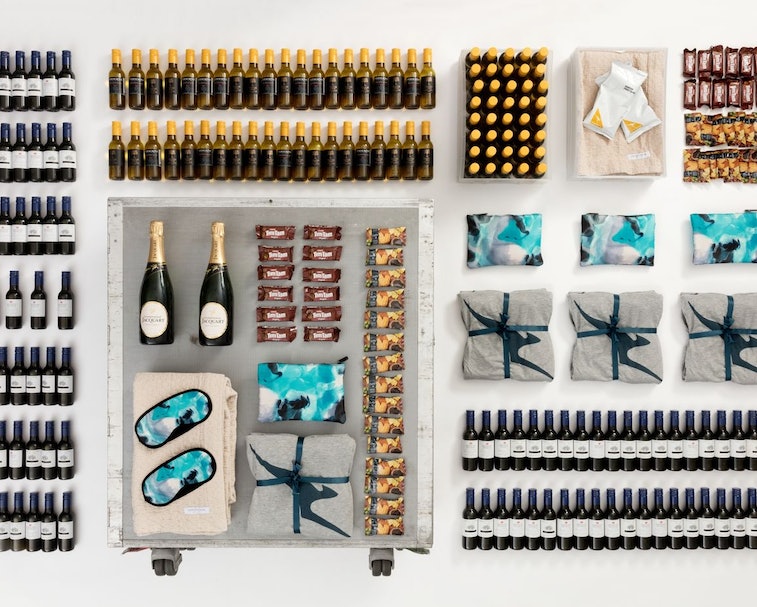 Missing the jet-set lifestyle? Qantas might be able to help. The Australian airline is so hard up for cash that it's resorted to peddling items off its planes to get through the pandemic. Its latest scheme is ripping bar carts from planes and selling them online loaded with goodies.

Don't wait — There are two variants of the cart going on sale today — a fully stocked, full-size cart will run you $1,038 shipped; a half cart is $686 and includes the following:

The carts are said to have an average of 2,000 flights under their belts and were taken from Boeing 747s that were retired early. Qantas is selling just 1,000 of them on its wine business website, so if you want a cool piece of memorabilia you might want to act fast. It might be a good piece to complete your at-home bar, which is something we all need right now.

Tough times — This isn't the only creative way Qantas has found to free up cash in an effort to stay afloat. The airline previously sold 10,000 sets of pajamas, and it plans to cut as many as 8,500 jobs. It's considering relocating its headquarters from Sydney to a more affordable city.

As with the rest of the world, coronavirus caused air travel to plummet in Australia. The government there has committed some stimulus funds to keeping the industry afloat, but it still isn't enough to make up for the losses. Besides Qantas's layoffs, its rival Virgin Australia went bankrupt in April.

Neat ideas like selling bar carts, while cool, probably won't be enough in the long run.