“People are completely petrified to say anything.” 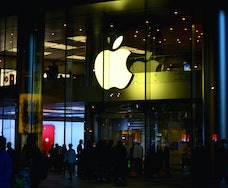 Apple's App Store policies are a pain for smaller app developers who want to break into the marketplace. But prominent developers have also seen their fair share of hell from the tech titan, as is obvious when you consider its squabble with Epic Games. The latest report on the matter points to the case of ProtonMail and its CEO Andy Yen, and how Apple allegedly strong-armed the encrypted email app with a demand to add in-app purchases.

According to the CEO, Apple's tactics are intimidating. In an interview with The Verge, Yen said that despite approving ProtonMail without in-app purchases, the company demanded the change later on and even threatened to slash the app off its store if it refused to comply. It's a direct contradiction of the image Apple has been attempting to create in front of antitrust critics and lawmakers.

On September 11, the company exempted "free apps acting as a stand-alone companion to a paid web based tool" (including email apps like ProtonMail) but Yen said that his company didn't remove in-app purchases because of potential repercussions. "There’s a lot of fear in the space right now," he said. "People are completely petrified to say anything."

"For the first two years we were in the App Store, that was fine, no issues there," Yen said of the launch in 2016. "But a common practice we see ... as you start getting significant uptake in uploads and downloads, they start looking at your situation more carefully, and then as any good Mafia extortion goes, they come to shake you down for some money."

A sudden reversal — According to Yen, Apple reversed its conduct with the company within two years. ProtonMail started off as a free service with a free version in the App Store. You could download it without paying a cent. In 2018, however, Apple made the in-app purchase demand.

"There’s nothing you can say to that. They are judge, jury, and executioner on their platform, and you can take it or leave it. You can’t get any sort of fair hearing to determine whether it’s justifiable or not justifiable, anything they say goes," Yen said. The CEO also says that ProtonMail was unable to update its app including security features until it complied with Apple.

So why did he comply with the tech titan? Wouldn't it be possible to fight against Apple, like Epic Games, and possibly encourage others to do the same? There's no complicated explanation for this: ProtonMail followed Apple's demand in order to survive. And it's most likely not the only one.