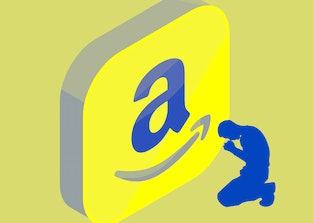 Sound the tolling bells and prostrate oneself before Mammon, you heathens: The dates for this year’s Prime Day have been announced, and this time around the annual orgiastic commerce festival of the House that Bezos built is coming earlier than usual. Between June 21-22, consumers will be able to shovel even more of their earnings into Amazon’s gaping, insatiable maw — not that the world’s wealthiest man needs more of a banner year for his obscene empire.

Prime Days of yore typically took place in July, but 2021’s discount blitz is coming a bit earlier — barely 8 months following last year’s Prime Day, which was so tragically delayed due to COVID-19.

“Prime Day is a celebration of our Prime members, and we’re excited to bring members great deals across an incredible selection, whether members want to shop and save on top brands, buzzworthy items, or small business collections,” Jamil Ghani, vice president of Amazon Prime, said in company’s official announcement. We’re sure that’s the reason for its early arrival, and not Amazon’s nihilistic effort to capitalize on both Pride Month and our collective, vaccinated reemergence from quarantine.

Regardless of the actual explanation — rejoice, Amazon Acolytes. Your day of Prime Deliverance draws night.

Selling customers on small businesses — Despite a track record speaking volumes to the contrary, Amazon would love for you to believe it supports small businesses, healthy competition, and its labor force. This year, Prime Day offers include a $10 credit for anyone who spends $10 on “select small business products and brands based in the U.S. in Amazon’s store, including products from Amazon Handmade and Amazon Launchpad.” Of course, the corporate announcement fails to mention the company’s nasty habit of inflating prices across the entire online retail market or its myriad union-busting tactics, but hey... that’s a pretty good deal to help knock off a few bucks from a $115 official Amazon sticky note printer.

Amazon’s empire continues to expand — With or without Prime Day, the over 200 million global subscribers are helping finance Bezos’ expansion into nearly every facet of modern life including retail, healthcare, and most noticeably entertainment, as evidenced in its historic $8.45 billion acquisition of MGM just last week. Despite any upcoming well-intentioned Prime Day boycotts, at this point, it is going to take an act of God to break Amazon’s stranglehold on our lives. That, or a government inquiry into antitrust violations...