Portland bans the use of facial recognition for public surveillance

“This is the first of its kind of legislation in the nation.” 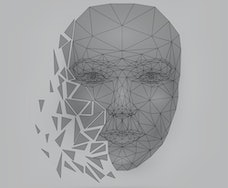 In a move that could spark other cities to follow suit, the Portland City Council has officially voted to ban the use of facial recognition applications and programs at both government and corporate levels, VentureBeat reports.

The unanimous vote prohibits city bureaus from using technology that could recognize unsuspecting locals in areas like parks and buildings. The first application of the ban concerning government use is already a hot talking point among lawmakers in cities like San Francisco and Boston. But with a ban on private business use of facial recognition, Portland is officially letting these firms know that they cannot use such technology on people in stores or pedestrians going about their business.

What this means for tech businesses — This particular ban is especially bad news for giants like Amazon. As Input previously reported, Jeff Bezos' company was against efforts to outlaw facial recognition at an official and public level. Sources close to the matter told OneZero that Amazon had spent at least $12,000 on lobbying against Portland's position on the technology. A subsequent report from Motherboard suggests it was actually double that.

Back in May, Portland's city council commissioner Jo Ann Hardesty told OneZero that the company's opposition, unsurprisingly, came down to profit. "To be very blunt, they’re concerned about their bottom line," Hardesty said. "They’re going to lose sales if they are not able to sell equipment that allows them to collect data."

Portland's ban discontinues the use of facial recognition in spots like restaurants, homeless shelters, residential areas where properties can be rented out, senior living facilities, public commute areas, and more. With this ban, Amazon and other companies pitching facial recognition software to government and private businesses have lost a golden opportunity to make big bucks.

"What makes Portland's legislation stand out from other cities is that we're prohibiting facial recognition technology use by private entities in public accommodations," said Mayor Ted Wheeler, per The Hill. "This is the first of its kind of legislation in the nation."

It's a refreshing and rather unexpected move, with the city council criticizing private use of this deeply invasive technology. Portland has been a target of heightened government surveillance in recent months amid the Department of Homeland Security's militarized response to Black Lives Matter protests. The unanimous vote hammers in a strong message in contrast to these tactics.

"Facial recognition tech, with its gender and racial bias and inaccuracies, is an intrusion on Portlanders' privacy," Hardesty said in a statement ahead of the vote.

The new ordinances will be implemented in January 2021. Don't worry about using FaceID to unlock your phone in public, though, personal use cases like that have the all-clear.