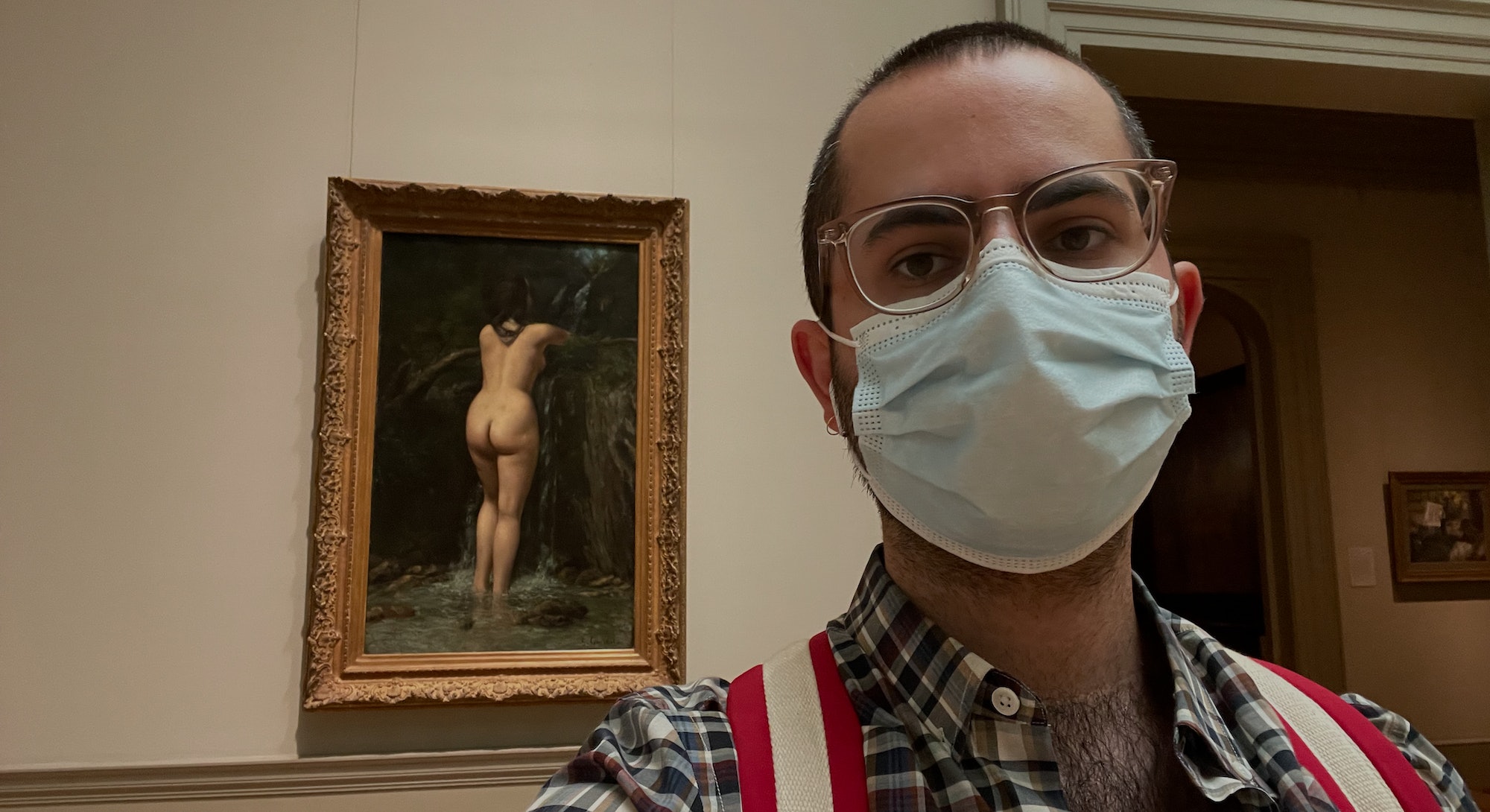 Getting lost at The Metropolitan Museum of Art in New York is less a rite of passage than it is a reality of exploring such a ginormous museum space.

I’ve never been to The Met and not gotten lost. But ending up adrift in the museum’s impressive collection as a consequence of hunting for nudes — well, that’s a new one for me.

After checking in at the ticketing booth — the staffer behind the plexiglass barrier did not have any idea what I meant by “the Classic Nudes tour,” but seemed intrigued when I showed her its landing page on my phone — I set out to find French painter Camille Corot’s Diana and Actaeon (1836). Based on Pornhub’s map, it seemed like an easy enough place to start, set off from the rest of the first floor as it was.

My instincts here could not have been more wrong. I ended up looping around the general area where I thought I’d find the painting three or four times before realizing it was in a room right off the rotunda, not, as I’d first thought, in the rotunda itself.

This quickly became an ongoing theme of my tour. You see, Pornhub’s map leaves a lot to be desired. Even with the help of The Met’s “Living Map” open in another tab for cross-reference, locating each stop on the tour was pretty difficult. Pornhub’s map includes no reference points other than a vague overview of the general area in which the painting or sculpture can be found. Room numbers or even just gallery descriptions would’ve made the hunt much less taxing.

Despite Pornhub’s insistence that it worked to feature “as many works by women and BIPOC artists as possible” and its inclusion of a section on the Classic Nudes site meant to highlight diversity in the world of naked art, every work but two on my tour were created by white men. It’s no wonder, then, that the vast majority of the stops on the tour are of nude women.

The Met tour includes just one male nude, an unfinished Degas portrait. Sure, there aren’t nearly as many famous paintings of naked men as there are naked women — but there are plenty of visible penises at The Met, especially attached to male statues. The first- or second-century sculpture of Aphrodite included in the tour could’ve very easily been replaced with any number of naked Greek men, for example. There are only so many white womens’ butts you can see before they all start to look the same.

And the audio narration by the Hungarian-Italian Cicciolina — who speaks in a thick accent and really hams up the performance — takes the tour to the next level. “Okay, I know what you’re thinking: per-ky,” she says of French painter Gustave Courbet’s The Woman in the Waves (1868). “Right… now focus on the art.”