Plaid probably owes you some money after its legal settlement 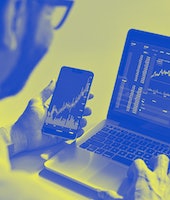 The total settlement amount to be paid by Plaid in a recent class action lawsuit.

Well, we’ve got some good news and some bad news for you: The good news is, you’re probably entitled to at least a little bit of extra cash thanks to a recent $58 million class-action lawsuit’s out-of-court settlement. The bad news? Your paltry “We’re sorry” money comes from the financial tech company, Plaid, which was accused of misleading users into providing their banking login data, as well as collecting far more personal information than it ever needed.

So, yeah. If you used Plaid between Jan. 1, 2013, to Nov. 19, 2021 (and it’s more than likely, given its 5,000 partnerships include companies like Coinbase, Venmo, Robinhood, Capital One, and Wells Fargo), head over to this site to check if you qualify for what most likely will amount to a free cup of coffee. It ain’t much to make up for data mining connivery, but we’ll take what we can get right now.

That’s a lot of people’s personal data — We should probably, from a legal standpoint, include the fact that the settlement statement includes a stipulation that no “court or other entity has made any findings against Plaid nor any determination that the law has been violated.” That’s sort of the whole point of an “out-of-court” settlement, after all. That said, should Plaid have done what it stood accused of over the course of nearly 8 years, that’s a huge number of people potentially affected by a shady website presentation that was meant to look like consumers’ bank websites.

This means that, although $58 million is certainly a lot of money, it probably will be divvied up so much among claims that no one affected by the situation will get a fraction of what they morally are due.