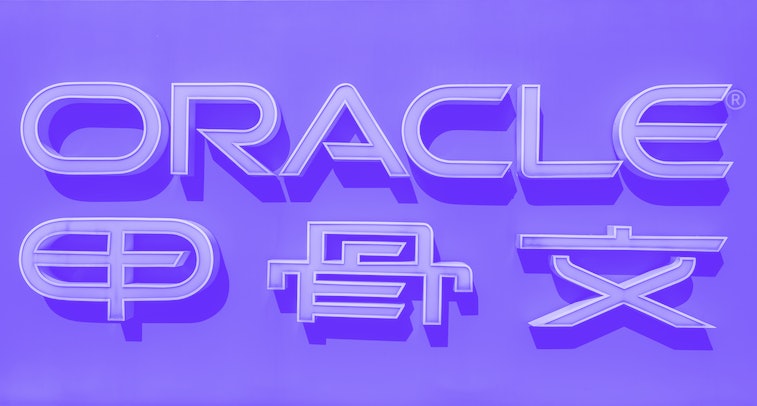 Oracle's vice president got a time-out on Twitter after lashing out at an Intercept reporter for characterizing his company as an enabler of authoritarian surveillance in China.

In a tweet on Tuesday, Oracle VP Ken Glueck shared reporter Mara Hvistendahl’s Signal and Protonmail contacts and encouraged people to come forward with “tips” about her. Although it’s not outright doxxing, as Hvistendahl lists this information on her Twitter profile, openly calling the public to dig up dirt on a journalist for doing her job is a masterclass in how not to respond to unfavorable press. Today, per Protocol, Twitter suspended Glueck’s account for 12 hours for violating its harassment guidelines.

Pushback from Oracle — On April 27, Glueck published a diatribe against Hvistendahl's claims in her original Intercept report, which was titled: How a Chinese Surveillance Broker Became Oracle's "Partner of The Year." Glueck claimed that Hvistendahl was unable to substantiate her findings and omitted certain facts to support a narrative against his company. There are multiple points of criticism he takes but in particular, Glueck expressed strong disagreement with Hvistendahl's critique of Oracle's relationship with Digital China, which is the Beijing-based broker referenced in her headline. The firm plays a powerful role by allowing foreign companies entry into the Chinese marketplace.

This proximity with the broker alongside other "unsavory" Chinese partners and the controversy-riddled Xinjiang of labor camp notoriety is problematic, Hvistendahl argued. She wrote in her report that Digital China became Oracle's "Partner of the Year" in 2018. But Glueck responded by saying that the Intercept reporter failed to mention that Microsoft also became Digital China's "Partner of the Year" in 2020, and that the broker maintains a sturdy bond with at least 30,000 other companies around the world. Singling out Oracle, per Glueck, registered as unfair.

Glueck also listed other firms that have a presence in China, including IBM, Amazon Web Services, Google, and others. "So there we go," he spat at the end, "just a quick tour of how United States technology companies are actually operating in China, with no expectation that any of this would interest [Hvistendahl]." Since then, Glueck has defended his actions, tweeting that it was never inappropriate to call for information on the reporter.

The chasm widens — Mutual disdain between the press and the tech sector is nothing new and seems only to be escalating in recent years, with hostility toward journalists from Elon Musk’s fanbase and harassment led by Silicon Valley venture capitalists a regular occurrence. Some argue it’s a power struggle; others call it a juvenile ego battle. While it would be understandable for Glueck to defend Oracle’s reputation, encouraging the public to come forward with any kind of "information" about Hvistendahl could easily fall into the category of inciting full-scale harassment.

Journalistic inquiry should not be treated as a personal attack. It can and should be fielded bona fide with the understanding that the job of the press is to reasonably investigate events, entities, relations, and other issues. Obviously encouraging a pile-on over a critical report only exacerbates this chasm.